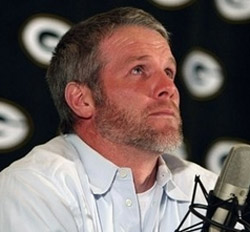 God, it's me, Brett. Please make Aaron Rodgers the worst QB in NFL history.Can you whine yourself back to being the quarterback of the Green Bay Packers? How about bitch and moan your wife into the Democratic nomination for President? Brett Favre and Bill Clinton have been appearing on TV screens incessantly trying to learn the answers to both questions.

Favre, who somehow always looks like he shaved three days ago, has been complaining that the evil bad villains in charge of the Packers forced him to re-retire in March after he un-retired months earlier. After two tearful goodbye laps you might think the guy would have the common decency to stay away, but instead he's been taking a messy media diarrheaall over the team he supposedly loves.

How must it feel to be Packers QB Aaron Rodgers? You're the guy who waited patiently through Favre's waffling and tantrums, through tearful press conferences and shoulder-carrying semi-triumphs, through unbearably long goodbyes. 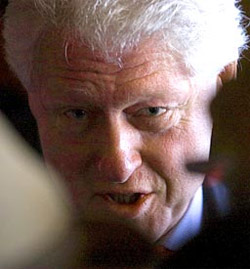 It belongs to HERRRRRRmeRRRRRR!!!!You finally have your chance at the big time. Starting QB for the Packers. Hooray! Then, out of the blue, ol' Scruffy Wranglers drives up in his hero pickup and demands to start yet again. Why won't you just die, Brett Favre!?

The media has been lapping it all up, plastering Favre's mug on the TV for yet another year. They've shared the same courtesy with former President Bill Clinton.

As you may recall, the red-faced lover of oral sodomy's wife lost an agonizingly long Primary fight with the majestic giraffe from Kenyansas.

In the desperate days of that battle Bill and his wife dropped some calculated stink bombs on the coloreds to try to stimulate white fear of crazy gangs of blacks running the country. It worked in places like West Virginia and Kentucky, natures preserves for living racist fossils that pass as states, but it backfired pretty much everywhere else. 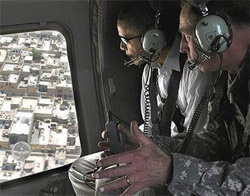 What is this, some sort of Obama action movie now? Jesus Christ.Having shit away his good name for absolutely nothing, Clinton has been seething with anger directed at the elegant black man and his Ray-Ban-wearing movie star trips abroad. You could practically see Clinton's blood pressure rising in interviews from Rwanda or wherever he is trying to repair his legacy.

He obviously hates Barack Obama. Long after everybody knew Hillary had lost the Primary she racked up huge debts extra-losing to Obama. Bill's s going to have to bust his ass to pay the money back, but while he's in Kyrgzczyrkistan doing Polonium deals with dictators Obama gets to go to Berlin and get 100,000 pairs of panties wet just by smiling.

Favre and Bill, ubiquitous and increasingly despised, seem unable to shrink from the spotlight. They're self-destructing relics fighting off the crooks of the stage poles tugging at their necks. They both have mortal enemies in Chicago.

How alike are they? Lucky for you, I have created a side-by-side comparison...