Fez 2 Wasn't The Only Game Canceled Under Bizarre Circumstances

Phil Fish designed a video game called Fez. Most people seemed to like it well enough. Fish then went on to annoy a lot of people, overreact to their overreactions, and occasionally work on a sequel to Fez. Now that game has been canceled. Was it due to budgetary reasons or copyright issues? Did Phil Fish have a moment of clarity, realizing that he was making yet another a puzzle-based indie platformer? No, the project was scrapped because of this:

Phil Fish, the internet, and a member of the enthusiast press calling himself "Annoyed Gamer" were all jerks.

These three horrible fronts converged on Twitter, where they engaged in a very stupid internet slap fight. The internet, containing a greater number of jerks, was too large for Phil Fish's otherwise impressive jerk factor to overcome. It soon became clear that every dumb insult Fish tossed out would be returned tenfold. The only sensible option was to stop egging other people on. Naturally, Fish decided to cancel Fez 2 instead, leaving the video game industry and declaring the whole thing to be full of jerks from top to bottom. As he departed, Fish told someone to kill themselves and pointed out that he was a trending topic. 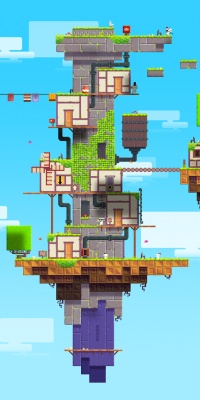 This actually happened. If the whole thing seems a little, I don't know, stupid and childish, that's because it is. But it's hardly the strangest video game cancellation in recent months.