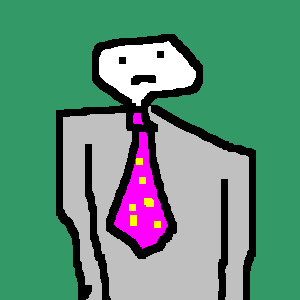 I work as a Crew Trainer at Wendy's, and I'm soon to be promoted to Supervisor position (after being hired less than 4 months ago -which if anything, is saying something about how hard I work there). There is this old philipino lady who's been working there for the past seven years and, to put it mildly, she hates my guts. I'm being honest to God when I tell you I don't know why she hates me, and judging from the fact that everyone in the restaurant dislikes her - probably because she's very rude to everyone and cannot speak using an indoor voice, she screams everything she says -, I'm going out on a limb and assume it's not exactly my fault.
During shift change, I was sent to the grill. She stood behind me carefully pointing out everything that was wrong with the grill, despite the fact that it had been manned by another co-worker for the previous 3 hours and since I hadn't even finished putting my apron on, it was clearly not my fault. But whatever - I decided to be the bigger person and roll with the punches. A bit doormat-y, some might think, but in the workplace sometimes you just gotta go with it.
After a good 20-30 minutes of her constant pointing out every single thing I had to do while on grill, I lost my temper and decided to at least poke some fun at her. I turned around, offered her the spatula and said, jokingly, "hey, do YOU want to do grill?"
Clearly, she didn't think it was so funny. The bitch launched towards me and to everyones surprise, started punching me in the shoulder. Granted, she's no Mike Tyson and the punches weren't exactly crippling, but fuck. Is this bitch assaulting me over a joke? In front of tons of witnesses AND a video camera, which denies her the chance to downplay the whole thing?
At that point I lost it completely and started screaming at her, something along the lines of "DON'T EVER TOUCH ME AGAIN. NO. I DON'T CARE. YOU DON'T PUNCH SOMEONE AT WORK. DON'T EVER TOUCH ME AGAIN". The bitch just kept repeating "I don't care, you can't talk back to me", so I simply took off my apron, gave it to my manager (who's a cool guy, we go to parties and stuff) and respectfully told him I just could not work under those conditions. I went into the office, called the General Manager (another very cool guy), explained the whole situation and said I was going home. My other manager came after me once I left the restaurant, gave me a ride home, and pretty much just tried to calm me down. I decided I'd just go in the next morning, apologize for the joke, and let that be that.
Until I told my parents what happened. They were outraged that not only I had been assaulted at work for such a petty reason, but that I was considering apologizing to my supervisor. My father made me realize I should not let something like that slide and convinced me to press charges against her.
Which I did moments ago. The cops are coming by in a few minutes to get a statement from me, or whatever it is that they do in this situation.
And now I started wondering if my decision could put me in trouble with management at work. Should I have just let the situation slide, or did I do the right thing?