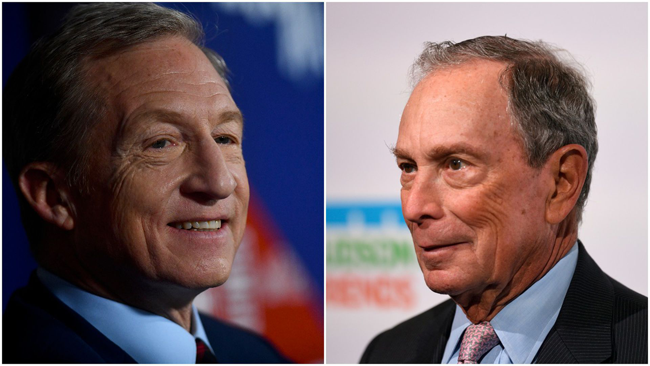 I have decided to enter the race to become the next President of the United States of America to represent an ill-served demographic: socially liberal billionaires. Essentially, everyone should have the right to love and be with whoever they want, and I, as a billionaire, should have the right to be with my money. The thing that people often misunderstand about billionaires is that we spend lavishly.
Do we have eight yachts? Sure. But that's millionaire level lavish spending. Anyone with two or three hundred million could do that.
Once you're a billionaire, your money is a living, breathing part of your family entitled to its own rights. It's your family's breadwinner, in fact. It makes more money by being so much money. Do you ever wonder how Bill Gates doubled his net worth after retiring and promising to give away his fortune? Once you're living with billions of dollars, you can't even stop it from happening. Those billions just go out there and bring back more billions.
I understand the plight of the less fortunate. There was, after all, a time that I was only a millionaire. Getting by on Porsches and Gulfstreams instead of the billionaire teleporter we access with the gold key. Hearing about the aliens without getting to go up to their hive ship. Vacationing on the island where you get to hunt people for sport instead of the island where you get to engineer new types of people crossed with animal DNA. They're just some of the hardships millionaires face.
Are these the struggling people we want to tax to pay for ridiculous programs like so-called "roads" and "drinking water"? Are millionaires who have never even touched their fingers to a Zlarg mind prism really who we should force to pay for college for everyone?
No! That is why I am introducing a new FAIRNESS tax that will shuffle up the tax brackets so the top bracket starts at $39,000 a year, capital gains are taxed exactly like estates, the estate tax is zeroed out, and there is a new charity type where you name a foundation after yourself and give yourself money. College for 25 people will be paid for by a new tax on cigarettes and vaping and, yes, the US government will afford equal rights to transgendered workers. See? I'm good!
Hey, how about gun violence? We'll be getting rid of all guns except for those used by police, who will have the right to stop anyone and force you to take off your clothes on the street while they whistle and spin a gun like a cowboy.
Foreign policy? We'll end the bad wars and the good ones will get bigger! It's time we bring the troops home and send them to the other war.
Most importantly, I can win this election. Not because I can appeal better to voters. Lord no! I'm practically a Zlarg myself! No, but I have 80 billion dollars. You can buy a congressman for like $75,000. Surely I can buy my way to president with $5 billion or so.