I'd like to make something very clear. I was NOT shopping for Star Wars action figures. Absolutely not. No. No! I did, however, find myself looking at a page full of Chewbacca merchandise recently. Most items featured the fuzzy face we all know. The rest revealed sides of Chebacca which were better left hidden. 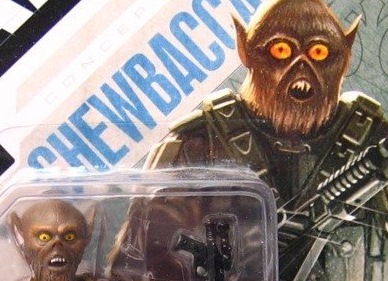 This Chewbacca knows that every character goes through several revisions. He just can't believe that when a concept artist first put pen to paper, the concept was "startled bat with stalactite teeth".

I might have purchased this figure because it made me laugh. 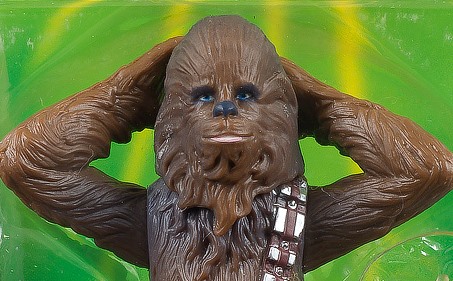 Look, I'm not going to judge this Chewbacca for enjoying himself. It's just disappointing that he's not the sort of considerate lover who takes the ammo belt off.

Words Scrawled On A Wall With Feces Chewbacca 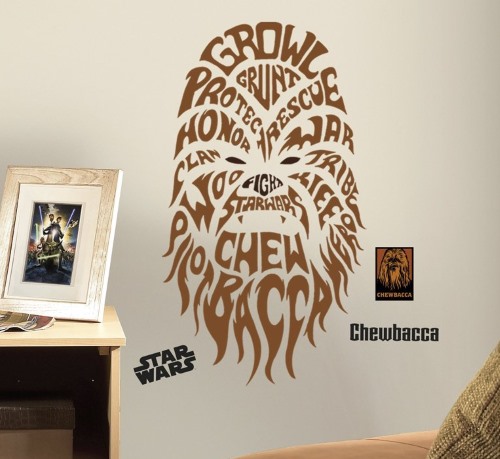 Probably the only Chewbacca you and I deserve. Turns any wall into a conversation piece. Specifically, the conversation that begins "What the fuck is wrong with you?" and repeatedly circles back to that topic until you ask your guest to leave. 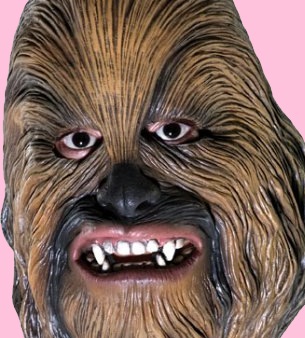 Nothing unusual here. Not sure how this everyday Chewbacca wound up in a pile of weird Chewbaccas. I'd feel safe leaving this Chewbacca alone in a toolshed with my pets, that's for sure. 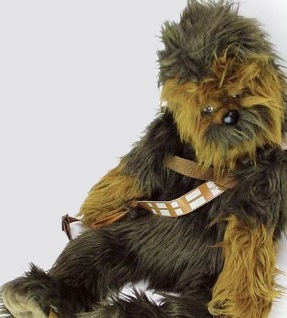 This Chewbacca had plenty of spare time on his hands and could have been found in just about any alley in the galaxy. His favorite activity was wobbily reacting to chase scenes by looking back and forth between an unlikely sight and the bottle of cheap booze in his paw, then tossing the booze over his shoulder.

Thankful For This Sweet Death Chewbacca 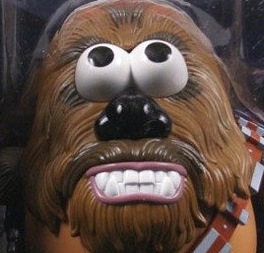 "OH GREAT TRASH COMPACTOR IN THE SKY", says this Chewbacca, "LET THIS FOUL CHARADE END WITH THE WET CRUNCH OF MY HELLISH AND IMPROBABLE BONES!" 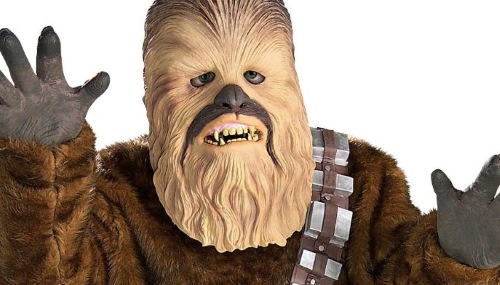 This Chewbacca is not ready for all this pressure. He has a hell of a time judging the speed and direction of the ball. It never goes where he thinks it will, and when it comes right at him the kickball tends to bounce off his nose. This Chewbacca is sweating like you would not believe. He's too self-conscious to shower with everyone after the game, though, so he'll just rub a stick of Just For Wookies under his swampy pits and walk around with his arms slightly held out for the rest of the school day. 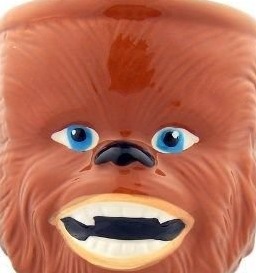