However, we realize Urinating Mischief Child has run its course. It is time for us to seek out a new branded decal for the 21st century. Something that captures the attitude of the American consumer and allows them to transfer that attitude to their automobile's rear window in the form of a decal.

After weeks of research by Kojikuro's division, I am pleased to announce that we have found our next Urinating Mischief Child. He was found on the Internet in the comments section of a website known as "YouTube" that allows American children to post video files in which they injure themselves leaping off of things.

Allow me to introduce...Flipping Bird Guy. 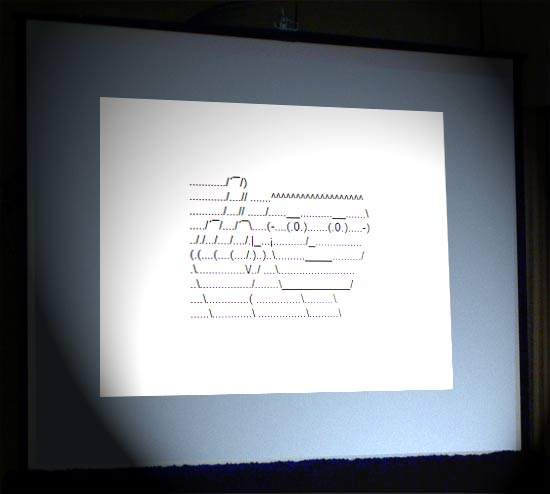 Thank you, but please hold your applause until the end of the presentation.

While our competitors are offering a glut of bullet hole decals and three-dimensional "whoops baseball" adhesive applications, Flipping Bird Guy will allow us to reclaim market dominance. He has already proven himself on the Internet and we do not believe any entity has applied for copyright. FBG is free for the taking, and we are already in the process of doing just that.

Because of the crude state of FBG on the Internet, I asked Morasui to reverse-engineer the design. The result was unsatisfactory. 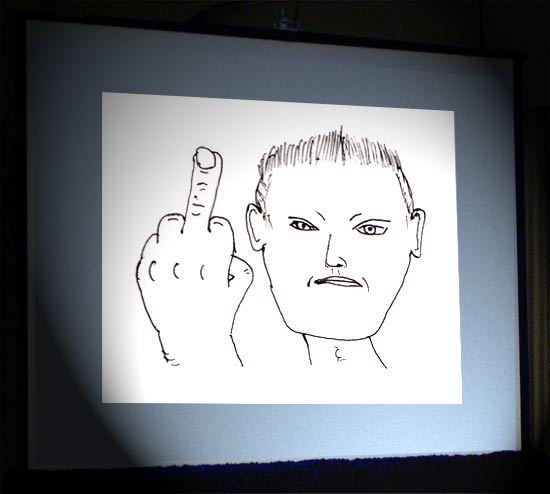 Focus groups rejected the design as too similar to police sketches, several actually misidentified the character as "the rapist" and one woman fell catatonic and had to be carried out of the market research facility. In addition to being unsettling, this early FBG prototype was excessively complex. Per-unit cost would reduce profit margins to only a fraction of that achieved by UMC.

With the help of top branding and design firm Lowenstein and Weintraub, we have reduced the number of strokes by one third and created a branded character that I believe will perfectly capture the cultural zeitgeist of the YouTube generation. He will be entering production next week. 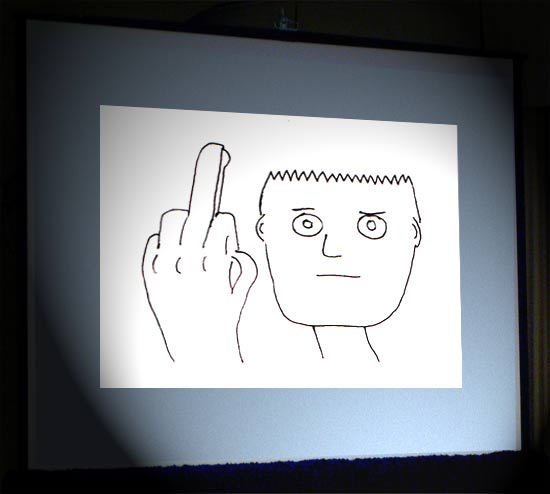 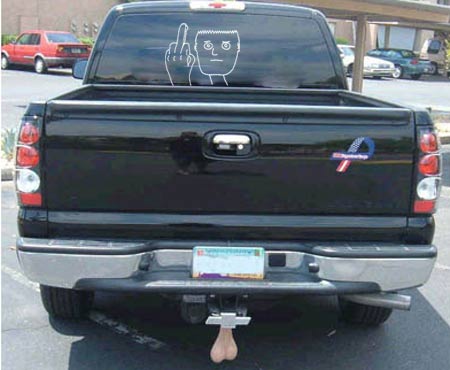