Now Is the Time to Invest in Video Game Cosmetics

Congratulations on your recent decision to invest in Digital Unlocks! As you know, when video games add unnecessary cosmetic items it isn’t an attempt to exploit the childish mind of users, but a new means of self-expression. The uninformed public might consider it as just a bunch of superfluous nonsense aimed at shut-ins desperate to prove their worth in unconventional means, but you are obviously an outlier! With this knowledge, you can now enter one of the highest yield markets available to people who have neither financial backing nor business savvy! What others might call an in-game purchase can be your in-pocket cash! This means that you’ll be forever gaming in style and in-telligence! Now is your chance!

But in case you’re still on the cyber-fence, here are some undeniable facts to back up your kneejerk urge to buy a few arbitrary pixels.

Digital Unlocks are TIMELESS. Their quality never diminishes, their garish in-game effects never wane. Think about that. No matter how you use them, they are practically guaranteed to keep their luster, and thus their value! (Certain outside factors can lower an item's value such as: flashier, newer items being added, the developers open the Digital Unlock to a wider audience, a sequel is released, the game servers are shut down, trading/selling systems are changed, your account is locked, or the general player base shifts to another game.)

For an example, the knife skin that you’re eying in Counter-Strike is certain to increase in value exponentially. Let’s examine this graph: 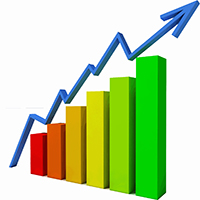 WOW! This very second, you could buy it in RED and then in some distant point in time sell it for GREEN! An uninformed skeptic might look at such unparalleled return of investment and whine, “hmm, this reminds me a lot like Beanie Babies.” Wrong. Beanie Babies were flawed by oversaturation because of their PHYSICAL production. Luckily, all Digital Unlocks are non-tangible and released however is deemed appropriate by the game developer—perhaps one of the most reliable demographics in business. So while your special edition Princess Diana bear might have plummeted in value, your StatTrack Bayonet Fade (Factory New) will still be worth hundreds decades from now. It’s factually proven.

Digital Unlocks are SAFE. Think untradeable items linked to an account are a problem for the investor? Think again. Unlike “real” world items which can be stolen or lost, Digital Unlocks tied to an account are SAFE and DEPENDABLE. Upon your death, passing your account to future generations will let your possible heir know just how great you were (please read game’s terms of service before dying). And, after all, don’t you think that the MODERN child would rather have your complete LoL collection than some clunky old heirlooms? Investing in Digital Unlocks is a sure way to invest in the Future.

They are also DIGITAL which, compared to the old fashioned investments, is BETTER. Consider this: If the “real” world is so ideal then why would people use Facebook so much? DIGITAL investments mean a life of COMFORT and RELAXATION. No need to watch out for roving gangs!  No need to worry of your storage being in danger! No need to leave your house! You’re certain to never regret your purchase so long as you continue playing the game that your items are forever linked to.

Digital Unlocks are FUN. Purchasing in-game cosmetic items is more than an investment—it’s an exciting lifestyle! If you don't believe it, check out this user's story about how he went from zero to High Roller with his purchase.

“I guess it was, like, a little different when I bought the item. After a few weeks, a bunch of bots and eastern European teens began contacting me every day trying to scam me. It's sort of an ego boost in some sort of not fun way. I ended up selling the item a few months later for, like, two dollars profit.”

What does buying a Digital Unlock promise? Hmm. How about, worldwide attention, pure profit, and fun. And the more items you buy and trade, the more status you gain. Becoming a pro trader is a fulfilling way to spend your days as your +rep grows.

It's ultimately proven that dressing your video game character with unnecessary cosmetics is a fail-proof means of living your DREAM. Every minute that you waste means lost potential and lost rewards. If you believe in YOURSELF, you should go and buy an item right now. And, if it's worth getting one, you might as well purchase two.