Each year over 300 million Americans do not see a ghost. With a little practice it is possible for anyone to not see a ghost. These are the stories of four strangers who claim to have unique or unusual abilities and the ghosts they definitely did not see. 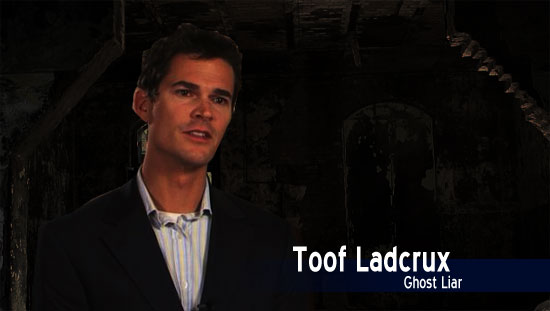 It was late and I was working in the garage to fix the turbo engine of my muscle car. My car was worth a million dollars and used to belong to the guy who invented peanut butter. A Saudi Arabian guy wanted to buy it from me, but I wouldn't sell it because I was working as a stunt expert and needed the car to break a record for highest car jump. This guy just wouldn't take no for an answer. He kept coming by the garage. So when I heard footsteps I figured it was him. It wasn't him.

I roll out from under my car on one of those rolly things mechanics use and I'm looking right up at this ghostly face. I can sort of see the ceiling through it so I figured it must have been a ghost. I wasn't afraid, of course, because of my training.

The ghost was my wife who had just recently died after I took care of her. She was super hot and her death was very tragic. She said to me that she wanted me to be happy and do it with lots and lots of chicks. She was super super hot. If you just saw a beautiful woman walking down the street she would be like three times that, easily. So I sold the car and house and moved in with my mother and took a job at Dunkin' Donuts all just temporarily until the checks clear from Saudi Arabia, so, like, get in on the ground floor ladies. Toof Ladcrux is going to get tooken up as a lover if you don't hurry. 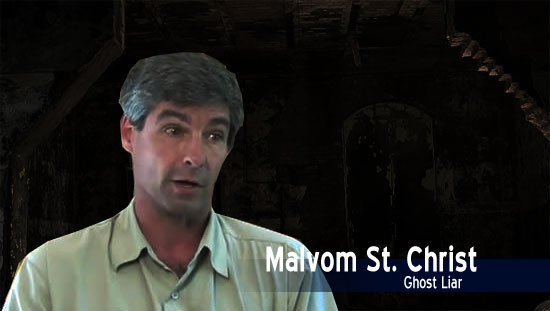 I never believed a ghost was a real thing. I am the last guy you would expect to believe in a ghost. I basically think ghosts are stupid and would not even spit on a picture of a ghost if you held it up to me. Or I was, before May 20th of 1988. That was the day everything changed.

I was cleaning out my attic and I found an old trunk. I didn't remember buying it so I opened it up to have a look inside. Cold air and fog started coming out, but it was dark inside the box. Suddenly I found myself falling and I realized I was aboard a tiny vessel on a waterfall descending to a strange land that had been lost up in the attic for all these years.

I didn't realize it until much later, of course, but I was entering the ghost world. It is a mirror copy of our world, but instead of living people everyone is the spirits of dead people. Also it is overrun with dinosaurs and chickens. So many chickens you wouldn't believe it. Pretty much the afterlife is 99% chickens that have been machine-decapitated in the last 100 years.

All of the houses in ghost world are shaped like hats so you know the profession of whatever spirit lives inside. To help me get back to my world the mayor of ghost world gave me a flute that could talk but also take me home if I played a note on it. Also I was chosen to be their god and worshipped for my intelligence. In their world I was all-powerful. This is all real. It really happened to me.