Call Of Duty: Black Ops And The Cryptic Screaming Flashback

There is almost enough story in Call Of Duty: Black Ops' single player campaign to fill one side of a napkin. Through the use of the Cryptic Screaming Flashback, however, the game manages to give the impression of being complex and emotionally charged.

You might not be familiar with the Cryptic Screaming Flashback if you missed out on the Assassin's Creed games, Prototype, or any number of titles that would like to slap a "story-driven campaign" bullet point on their box but don't want to write a bunch of content that ties together their sequence of barely interactive setpieces in a meaningful or satisfying way. 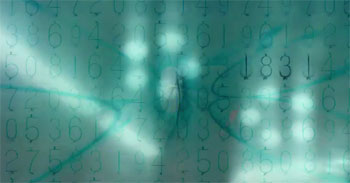 Story!To properly execute a Cryptic Screaming Flashback, you obviously need to start with flashbacks. A LOT of flashbacks, popping up just in time to prevent the story from being conveyed naturally in the game world through creative methods that involve the player.

Preferably, these flashbacks will interrupt the game as much as possible, taking away all control from the player as the screen becomes blurry and fades to white while the audio begins to echo. If these cues don't seem like enough, it might be a good idea to display "(FLASHBACK)" in the center of the screen so the player knows what's happening.

Once the flashback is underway, the player character needs to scream. A lot. In a strained, "I'm pretending to experience pain but I'm still pretty much a badass" inflection.

Screaming indicates some sort of emotion, and game writers are reasonably sure that emotions have something to do with story progression. With a constantly screaming hero, you are conveying a shitload of story.

How can that guy not have a lot of complex and fascinating elements to his character with all that screaming? Do you hear him? He sounds almost anguished, and he cursed!

The final element of the Cryptic Screaming Flashback is the cryptic bit, which adds mystery and depth by virtue of being unintelligible. In Black Ops, they accomplished this with quick cuts of redacted documents, footage of wars and political figures, and lots of numbers. In Assassin's Creed, they used quick cuts of historical figures, art, and computer code from The Lawnmower Man. Prototype had quick cuts of dossiers, science things, and DNA.

When the player is presented with so much intrigue, screaming, and flashbacks, their brain fills in the actual story, giving game creators the benefit of the doubt. It's pretty great.

In fact, it's a shame that some of the classics came along before we discovered Cryptic Screaming Flashbacks, as they would have been much better.

The protagonist is running forward, in the pursuit of something that's always just out of sight. Suddenly the world slows before him, a flood of white washing in from his peripheral vision to consume all.

A terrifying flash, a photograph of a woman in a crown. Another flash, this time of a walking fungus. Each of these images flicker, accompanied by a flickery-type sound.

"AARRRGH!", howls the protagonist. "What the fuck do you want from it's-a-me? How did you get in my head!?"

A grid of red, glowing holographic question marks and coins flash before his eyes. With a harsh sound of feedback, everything flickers in static momentarily before we see a projection of the main character's face, contorted in agony. He screams incoherently once again before gasping for breath.

"Sorry," whispers a distorted child's voice, "she's not here. You looked and you looked, but she-"

Another flash of the crowned woman.

"I said NOO, shit!" The main character sobs and growls and coughs all at the same time.

A deep voice, even more distorted than the little girl's, tells the main character that this time he will fail.

More images flash, this time alongside the glowing question marks and coins. A photograph of Abe Lincoln holding a dinosaur egg.

The meeting between Roosevelt, Churchill, and Stalin. Before each is a flower, turtle shell, and feather.

Oswald being shot by Jack Ruby. In the crowd, we zoom in on a thin, mustachioed man with a slight smile.

As you can see, Shakespeare's Macbeth would have benefited greatly from Cryptic Screaming Flashbacks.