In My Darkest Moments, I Realize How Afraid Of Ghosts I Truly Am 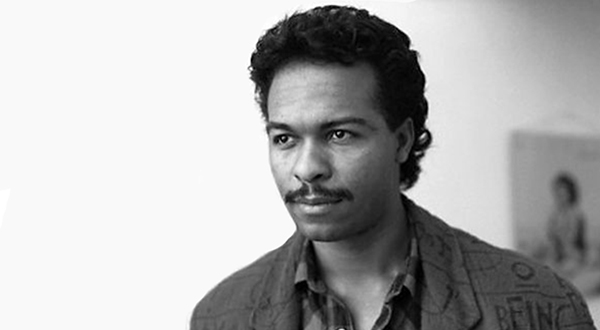 What if the thing everybody loved most about you was a lie?

It's a challenge I hope you'll never face, and one I know all too well. You see, I'm the man who penned the famous theme to the film Ghostbusters. Perhaps you've heard of it -- it's called, "Ghostbusters." Its central theme is one of rebellion, of laughter in the face of death, of refusal to show fear to any ghosts whatsoever. But in my twilight years, I feel the shame and guilt that come with hiding who I truly am. So it's time I came clean.

My name is Ray Parker Jr., and I am afraid of ghosts.

I was afraid of ghosts long before I was approached by Columbia Pictures. Since childhood, I've been afraid of every ghost, from Boo Berry to the Pac-Man ghosts to the spookiest ghost of all, Hamlet's father. But nothing could truly prepare me for what I encountered during the making of the Ghostbusters films.

This is Slimer. He's a Class 5 Full-Roaming Vapor, and his insatiable lust for life is trumped only by his state of living death. In my song, I sing the phrase, "I ain't afraid of no ghosts." But tell me, honestly: what possible reason could I give you to not fear Slimer? He's stealing our food, commandeering city buses, and rendering one of New York's finest hotels uninhabitable. These are terrifying activities, worthy of your very real fears.

And yet, my song preaches the opposite. It's a lie, and an easy one. And I'm sorry.

There are thousands of ghosts you should be afraid of. The Scoleri Brothers, two convicted murderers who returned to exact revenge on the judge who put them away. The Terror Dogs, Zuul and Vinz Clortho, who guard their mistress Gozer with their lives. The Taxi Driver Ghost, who again, is stealing vehicles for the express purpose of ferrying people around.

I have no idea why ghosts are so obsessed with public transportation, but they are, it's terrifying. When this next ghost escapes the Ghostbusters containment unit, he immediately heads for the subway. What's wrong with these ghosts? Were they all murdered while riding public transit? Whatever their reasoning, I'm very afraid of these ghosts.

Now, when I said that bustin' made me feel good, I wasn't lying. The few times I've busted a ghost, I've felt fantastic. But those busts have been so few and far between, and the fear...the fear is everlasting.

So to all those who grew up feeling inadequate, feeling weak in the face of ghosts...I apologize. I stood as a symbol for a strength I didn't have. The next time you find an invisible man sleeping in your bed, know that your fear is justified.

Honestly, the only thing scarier than ghosts is the idea that women might one day rise up and steal the ghostbusting jobs rightfully held by men. But thankfully, much like a ghost-free world, that will never, ever happen.