An Open Letter to Marvel: Give Captain America a Dog Man Boyfriend 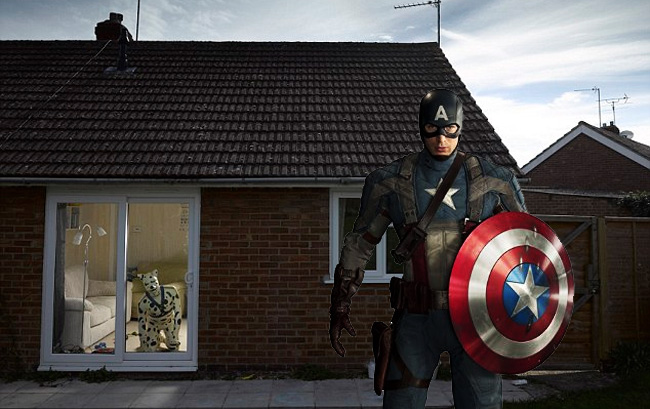 Are you listening? Because it's time you give the fans what they want. 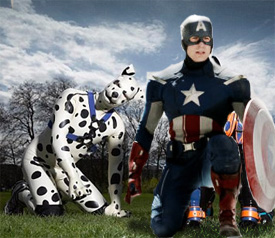 Change is coming to the movie business. Studios are listening to their fans now, Marvel. The Ghost Busters turned Slimer into Chris Hemsworth, Scarlett Johansson is finally an anime, and J.J. Abrams is going to release a Platinum Edition of Force Awakens where Kylo Ren destroys whatever bathroom he wants. Your loyal fans of the Marvel Cinematic Universe humbly have another demand or they are boycotting the next seven MCU movies: give Captain America a dog man boyfriend.

There are obvious signs that Cap is definitely into dog men. There is the fact that his best friend is named "Bucky" which is either an astronaut name or a dog man name. He doesn't like Black Panther, which makes sense because dogs and cats don't get along.

To be clear, we want Captain America to have a boyfriend who is a dog man. We support the idea of him having a boyfriend, which is separate. Dog men deserve representation in movies. Yes, Captain America would be gay, sure, but completely independent of his sexuality, he would also have a fulfilling relationship with a preferably very butch lifestyle dog man.

America loves dogs. It's a fact. Most Americans just haven't been exposed to dog men. Let's start with grooming and walking scenes and then we can work America up to the bathroom issues and clean up which America might have more difficulty with.

There is nothing creepy about dog men. This is a fact and we can prove it if you give us a chance in your next 190 million dollar movie featuring Captain America.

Yes, dog men can also own dogs. No, that does not automatically mean the dog man has sex with the dog. Only if the dog is an alpha. So you could feature a submissive dog to the dog man. Or maybe a pack mate with Captain America as the alpha. This could be made clear with a non-sexual mounting and biting scene. 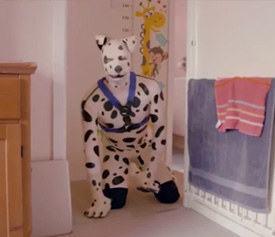 To be even clearer, we don't want a new character who likes dog men. We don't want a dog man villain or hero added to the roster. We want you to unfreeze sexy Bucky Barnes, put him in a full-body rubber dog man costume, have him live as a dog with Captain America, and unrelated to that, we want them to also have a healthy homosexual relationship. We're not trying to piggyback on the LGBTQ community's requests.

Unlike Marvel's movie lineup, we're also not gender-biased. If you want to make Pepper Potts into a dog woman or even turn Iron Man into Iron Dog Man in a dog man lifestyle relationship with Pepper, this would be acceptable, though not preferred.

Also, on a tangential issue, we think it's time Black Widow advocates for open source operating systems. Preferably Ubuntu although any good Linux distro will do. There could be a plot where HYDRA is using a proprietary OS to spy on the Avengers and Black Widow knows how to do a full reinstall of Ubuntu. If we could show her doing the reinstall with periodic updates during the movie, followed by her demonstrating the ease of use of Linux and explaining to Hulk how to use command lines, this would be optimal.

Also we hope that at some point Ant Man could finally say, "Anime is good."