Bestill your bladders, citizens of Oak Grove, and bow your eyeballs before the stirring words of Golan the Insatiable, Godlord Terrible of Gkruool, Crusher of Wills, Raper of All! 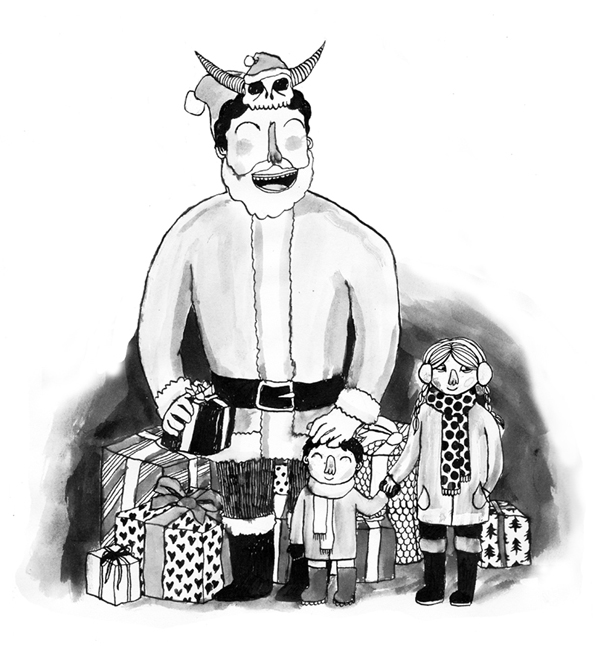 You will all no doubt be eager to learn that I had an epiphany this Xmas interval, one that can be traced back to an inexplicable ruling by the proprietors of Oxbourough Mall. Despite my repeated proclamations on the subject, I was not selected to replace the elderly Erik Larsen as the mall Santa Claus. It would seem that simple logic would dictate that Golan the Insatiable should hold this position, given that it was I who killed Erik Larsen last year (in an honest misunderstanding). Of course, Yor the Ugly, who did not vanquish Larsen, was anointed Santa Claus. Surprise, surprise. Everyone loves Yor. It must have been one of your so-named "Xmas miracles" that I did not rain doom upon the mall's North Pole display for such effrontery. But this is no longer relevant. 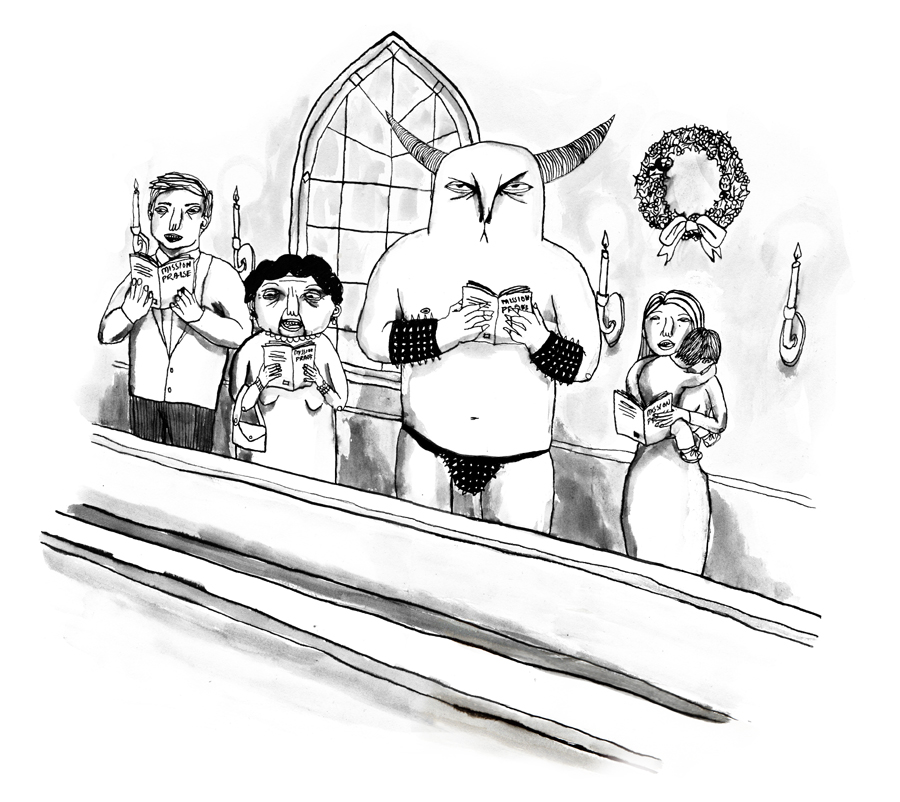 After Maxim magazine informed me that church is a good place to encounter females in estrus, I decided to attend the Xmas Eve congregation at St. Luke's. It was here, whilst uncomfortably nestled amongst you fat, pungently damp citizens, listening to the decrepit Pastor Hastings detail the origin of the Christian godling Jesus Christ, that I made the perplexing discovery that Xmas is not in fact a celebration of the fabricated super-being Santa Claus. I had wondered why the holiday was not called Clausmas. I suddenly realized I had been wasting my time trying to compete with Claus for your worship. Furthermore, I had been entirely unawares of the similarities between the Xian sub-god Jesus and myself - similarities at which Golan the Insatiable is the obvious superior!