Guessing Game: THIS IS GONNA HURT

This article is part of the Guessing Game series.

Can you guess which video games these message board posts are talking about? Hover your mouse over each image to see if you're right. The posts are 100% real. The answers probably aren't.

Once again we'll start off with an easy one. If the one-of-a-kind gameplay mechanic mentioned in this post doesn't give the game away, nothing will.

Now hold on a second. Have you tried talking to him?

TIGHT SPOTS 2: THIS IS GONNA HURT

It's always in the last place you look.

Thanks for the autobiography. Felt like I was right there every step of the way!

Look, you don't have to pretend. Don't worry about fitting in. Be yourself. Then find the Horror Monitor. Obviously. 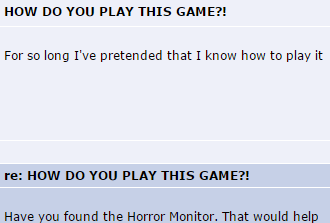 Check Out This Doorway

What the heck, man? How about a spoiler warning next time?

You're never going to believe this. That's my favorite one too!

Where In The World Is Blaylock And Kobe Brayant?

Ditto. To the second guy, I mean. Not the first or third. 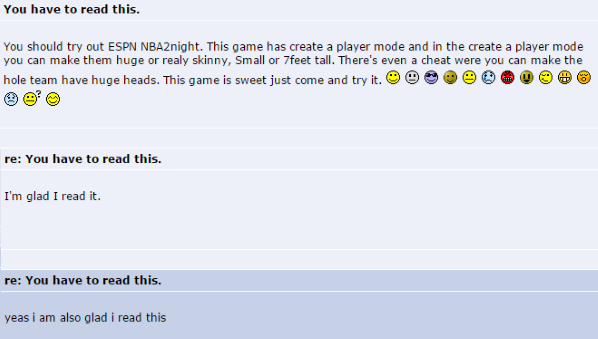 Can you guess which video games these message board posts are talking about? Hover over each image to see if you're right. The posts are 100% real. The answers probably aren't.