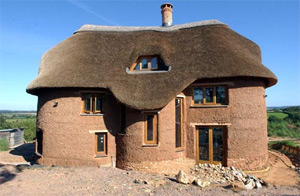 I have a Canadian in my family. We don't like to talk about him, but his name is Wyatt and he is an odd dude. I don't think he is physically retarded, it is more of an emotional retardation akin to autism, but caused by trauma. His parents both died in a boating accident when he was young and he went to stay with an aunt and uncle in Oregon. His parents' assets were held in a trust for eight years.

When he turned eighteen he inherited the money and property, but it was only a few thousand and 20 acres of woods in the middle of Nova Scotia. Wyatt moved there anyway and as a result he has this weird, giant house that he built himself over the course of about 20 years. The crooked doorways and sloping floors served as a reminder that he built the house as a completely untrained amateur. His only guidance came from library books, an electrician friend who did all the wiring, and, later, the Internet. He eventually got the house hooked up to sewer and electric, but for a long time he powered it with two diesel generators and had an outhouse for a bathroom.

When I was 15 we visited him in Nova Scotia and one of the things I remember the most was he had a big shelf in his living room and it was packed with these mix-tapes he made from horror movie soundtracks. He used to hook his tape deck up to the TV and record the music right off the movie. 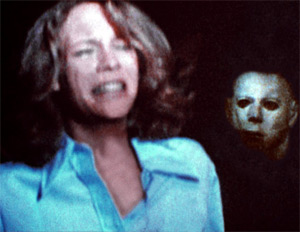 He claimed it was a free way to get movie soundtracks and he'd print out tape covers on his dot matrix printer and mail them to us for Christmas. Almost all of the songs included dialogue and sound effects from the movie. I used to drive around at night in my old, beat up Dodge Vista and blast Wyatt's Halloween Series Soundtrack Mega Mix tape with screams and knifing sound effects.

When Wyatt built his own house he decided to build seven bedrooms. There was no reason for this, which is why most of them were gradually converted from bedrooms into something related to his eccentric hobbies. He had an "art" room where he did his spin art (don't ask) and a room for reading his books, which were mostly weird conspiracy theory books that you can only buy off the Internet and pay using Paypal. He also had something he called The Star Wars Room.

When the prequel trilogy of Star Wars movies was released Wyatt became obsessed with Star Wars. He was one of those people that somehow never saw the original until after the prequels, so he was untainted by expectations and insisted that Attack of the Clones was the best out of all six movies. The last time I visited his house was around the time Revenge of the Sith came out on DVD. It had been a while since I visited so I was surprised when he showed me his Star Wars room.

We had a family reunion that year and because I was the last person to show up I got stuck sleeping in the Star Wars room. There was a single bed that was on wheels for some reason and was so small my legs hung over the edge at the knee. Tossing and turning in that room often moved me around like a shopping cart loose in a parking lot. The walls of the Star Wars room were covered with various framed posters for Star Wars movies, a few autographed photos he purchased from ebay, and hundreds of boxed action figures. 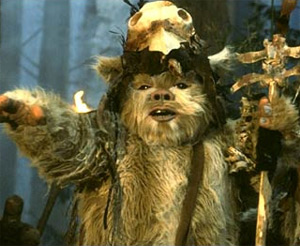 All of the memorabilia was sort of cool in a dorky way, but Wyatt also bought an original Ewok costume. He said it was one of only two "Logray" costumes and he claimed someone died in it, although I don't think that's possible. Wyatt didn't just hang the Ewok costume on a hanger or put it up on the wall like an animal pelt; Wyatt bought a child-sized mannequin for the Ewok costume. He posed this Ewok mannequin holding a rope and standing high up on this little wooden tree village platform he built on one of the walls. The mannequin was posed as if a miniature, furry Tarzan about to swing out across the jungle.

A brief digression: I hate Ewoks. I always have hated those fuzzy little bastards. They're terrifying looking with those tiny hands and bulging eyes and, keep in mind, in Return of the Jedi that until they decided C3PO was their god they were planning to eat all the humans. So think about how horrifying an Ewok looks and then realize that these are man-eaters. They will devour your flesh.

The Star Wars room was situated across from the floor's only bathroom. The bedroom on my left was Wyatt's and he insisted on playing a very familiar soundtrack tape that night to help him sleep: Halloween Series Soundtrack Mega Mix tape. I was already on edge without consider the other room next door was occupied by my great uncle Carl, who had what TV commercials might describe as "a going problem." 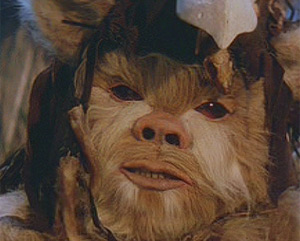 I lay awake in the moonlight staring up at Logray poised over the bed, ready to swing down and begin chewing at my gizzard with his horrible little peg teeth. Throughout the night Jamie Lee Curtis screamed and regular intervals and Carl repeatedly woke up and used the bathroom. Each time he returned to his bedroom he would slam the door and each time the slamming door would shake Logray and I would start awake. Finally, I was so exhausted that I fell asleep. Big mistake.

I don't know how much time passed before Carl went back to the bathroom, but I was awakened by the flushing toilet. I slowly opened my eyes to stare up into the hirsute little troll face of Logray. At that moment Carl slammed his bedroom door with particular gusto.

Logray was knocked from his perch and swung at me in a slow arc. Adding to the calamity, every action figure hung on that wall fell down all at once. Logray grappled me as only an Ewok can. He smelled like dust and weighed much more than he should have. You know that feeling you get when you think a spider is on your neck? Imagine that, only the spider weighs fifty pounds and Jamie Lee Curtis is shrieking in the next room. I swear, as I rolled from side to side trying to dislodge him from the blanket, that I heard a, "Yub Nub." 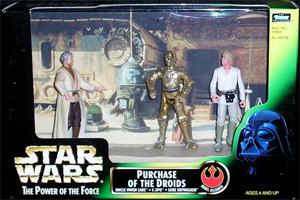 The bed slid sideways on its wheels because of my confrontation with Logray. Just as I seemed to gain the upper hand, the bed's wheel jammed up on what I would later discover was an unopened Power of the Force "Purchase of the Droids" three pack. Uncle Owen became jammed up in the wheel and stopped the bed instantly, sending me and Logray crashing to the floor amid the figures.

Crashing down on the sloping, hardwood floor bruised my elbow so badly that I couldn't bend it to play volleyball at the picnic the next day. Just as well, I have the vertical jump of an earthworm. I spent the remaining two days in a Best Western. Who to blame. was left unresolved.

Uncle Carl sure didn't accept any blame, Logray wasn't talking, and Wyatt was so distraught over his trashed Star Wars room that he actually cried a little bit. At the picnic the next day, while I was sitting out volleyball, word spread of "the incident" and I sensed a lot of hostility coming from Wyatt's immediate family. The accusation was unspoken: "You killed Uncle Owen."

I guess I'll never really know who was in the wrong. Maybe I should have just relaxed and let Logray chew out my guts. I do know that 2005 will forever be the year the Ewok almost broke my arm.