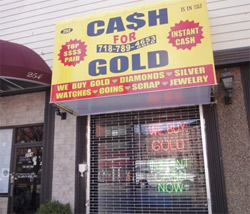 Ways for the middle class to preserve wealth are dwindling as fast as the wealth.

I knew we were in trouble, real trouble, when the bank down the street from me closed and a couple months later it was replaced by a drive through cash-for-gold racket. Instead of paychecks, the bank's pneumatic tubes now receive necklaces and engagement rings and gold ass-watches smuggled out of POW camps. It's a repurposing so dismally meaningful you might as well hook an eye bath up to a sewer main.

The old, reliable pension, dream of the middle class, has become a thing to be hated out of envy. Businesses are not willing to pay the high labor costs of years gone by, not with the labor rich third world eager to make America's jet planes and Fleshlights.

Government pensions are even more reviled. My grandfather was a social worker in Illinois for most of his life and my grandmother is in her nineties, still living on his pension. 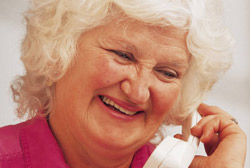 "Grandma," I told her the last time I called. "You are part of the problem."

I had to repeat myself several times and finally gave up, shouting, "Vote Ron Paul!" as I jabbed my thumb angrily at the disconnect button. If I can't have a pension, then nobody gets one.

401(k)s were created as an alternative to pensions, offering a tax-deferred (not tax free) way to save money for retirement. They are a scam. A trick to make pensions obsolete.

401(k)s made sense during the years of steady growth and market optimism, when people were writing books like, "Dow 30,000 by 2008!" and talking about how the world economy is not zero sum. These days all those nest eggs are teetering on a precipice ready to dump half-formed birds on the basketball court of the global economy. And it turns out that teetering is partly our fault. All along the 401(k)s were just flooding the market with money from idiots so that investment banks could make more money in the worst possible ways. 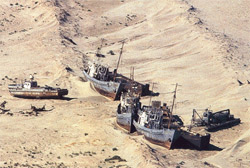 Houses are worthless. I shouldn't need to explain that one. Land, always a good investment, has become a gamble. It is too unpredictable. As heat waves roll north, the south dries out, floods swallow coastal areas and suburban America is abandoned like a sinking ship, land can be sapped of its value without warning. A long drought or one bad frack and suddenly your tap water dries up or becomes flammable.

Some of the wealthy are being duped into investing in art to keep their money safe, but this only works when you are looting the art, not when you are buying it. As soon as something as artificially valued as art becomes an investment opportunity the prices explode out of control.

That leaves us precious resources to invest in. Gold and silver are popular with talk radio (on the left and the right) and the rise in value is sucking up all of America's jewelry, smelting down priceless heirlooms and stamping them into krugerrands to fill wall safes. China has already cornered the market on most of the exotic materials needed to make electronics. More precious elements are too expensive to be good for investing.