The best investment would be something that is not rare now, but is quickly becoming rare. Something we actually need.

Ladies and gentlemen, for your consideration: 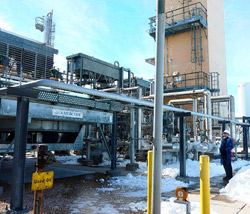 Helium is more than just a party balloon filler. The biggest application is cooling superconducting magnets in MRI machines. Without that helium MRIs would cost much more and may become impossible. Making matters more difficult, most of the world's helium disappears from our atmosphere soon after being released, literally just floating out into space.

The only way to get new helium is as a byproduct of natural gas production. In Amarillo, Texas the US government started storing vast amounts of helium from natural gas extraction for use in military and civilian application. This kept the price of helium low and our supply safe. For most of the 20th century the US government maintained a near monopoly on helium production and prices remained so low that it was an almost meaningless expense for a kid's birthday party.

But since 1996 helium prices have been rising, quadrupling from around $40 per cubic foot to $160, and that government reserve has been nearly emptied. The natural gas deposit in Amarillo is the only natural gas source that yields a high level of helium byproduct, and it is expected to produce less and less helium by 2014 even as demand continues to increase.

So what happened in 1996 that started this trend?

In 1996, Congress moved to privatize the federal helium program, requiring all of the government's helium supplies to be sold off by 2015. "The legislation in 1996 says we were supposed to get out of the helium business," says Joe Peterson, the Bureau of Land Management's assistant field manager for helium in Amarillo. "The hope was by 2015, by the time the reserve was sold down, that new sources of helium would be online and take up the demand. However, it has not happened yet." 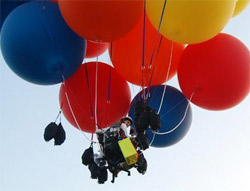 The conservative rush to privatize everything once again pays off for the savvy investor! Helium is headed into scarcity by 2014, with a sharp decline in production we will see a sharp increase in the already high prices. That means it is time to buy, buy, buy.

This is our chance to become the helium barons we have always dreamed of, filling our gymnasiums with helium gas, riding in our blimps, mocking those too dense to float through the air. We will suck up your children's party balloons. Put them in the pneumatic tube for some cash. When people want an MRI they will have to come to us.

Ladies and gentlemen, it is time to put helium in your portfolio.

Help Zack fund his next Helium purchase and buy a copy of his debut novel, Liminal States. Publisher's Weekly called it, "an awe-inspiring, helter-skelter journey through mind-blowing SF."