Recently I went undercover as a fat roll on Harry Knowles left leg, and found out some SHOCKING and SOUL DESTROYING news regarding the remakes coming out next year. As you know, the hottest trend in Hollywood recently has been remakes of old TV shows such as The Dukes of Hazzard, Starsky and Hutch, and Scooby Doo. These have garnered large box office earnings, spurring the movie industry to blitz through every conceivable show ever made until the public stops handing over their hard-earned cash and tears the movie executives to bloody pieces in an angry mob. I fear that this riot is far from happening, and as such we have many more years of TV show remakes to endure. My hazardous undercover work gleaned new information that I feel I should share with you loyal fans, so that you have time to prepare for these ill-tidings, and won't be ambushed with this news while sitting through the hour-long previews before a movie. We will get through these troubled times, together. 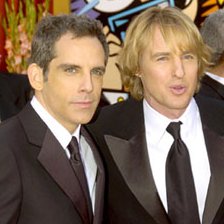 The remake of this classic sitcom from the 80's is sure to be a hit with the kids and adults alike. Owen Wilson stars as the incorrigible alien from the planet Melmac whose spaceship crash-lands in a suburban family’s backyard. Ben Stiller will be playing the constantly irritated father who can’t win against the charming Alf as he befriends his children and captures the hearts of all around him with his wry wit. The big change in this Hollywood take on the series is that Alf is no longer a short, fuzzy puppet, but rather a complete CGI body with Owen Wilson’s real face spliced on. The creative team decided that his nose was large enough to suffice for the trunk of the alien, and they didn’t want to miss out on the chemistry he has with Stiller as the frustrated father. Alf is coming out next summer.

This relatively unknown show was extremely popular with retarded children and pedophiles, but the producers didn’t want to put out the same vibe that the original short-lived series did. That’s why they decided to revamp the idea of a robot sibling to live with a normal suburban family. Instead, this is to be a raunchy college comedy full of sex jokes playing on the fact that the robot isn’t programmed for such activities like drinking and panty raids. A brilliant professor makes a bet that he can design a robot to look like a seemingly normal college student (played by American Pie’s Jason Biggs), and not only will he maintain a steady 4.0 grade point average, but he will also blend into the college community. Well you can just imagine what crazy hijinks are in store when his roommates introduced him to beer, girls, and wanton vandalism. This robot is in for a learning experience! Ben Stiller makes a cameo as the guidance counselor with a funny mustache. 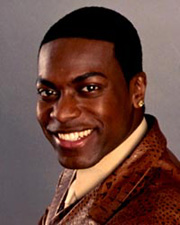 Although this sitcom was universally disliked and directly linked to the spread of airborne diseases and civil war in developing countries, studio execs decided to reinvent the series in the form of an observational comedy about the differences between white people and black people. Ben Stiller plays a snobby yuppie that gets arrested on charges of fraud and is sent to a halfway house as part of his probation. A large black woman runs the halfway house, played by Martin Lawrence who reprises his role from "Big Mama's House". Big Mama doesn't cater to the newcomer's attitude towards her home cooking and sassy attitude, leading to some fireworks between the two. Chris Tucker also stars as Stiller's roommate who demonstrates how they are different in so many ways, but in the end they learn how they are also the same.

The remake of this classic sitcom of Larry and his troublesome but lovable foreign cousin, Balki, is probably the most anticipated of this whole bunch. The big change in this movie redo is making it set in New York City where Larry is played by Owen Wilson who is a suave Wall Street broker who lives a fast-paced life. Soon he is burdened by his cousin Balki, played by Ben Stiller, who imposes himself on Larry, giving him no choice but to let him stay. Fireworks erupt when these two birds of a different feather clash on ideas of what it means to have fun and be alive. The highlight of the movie is when Larry takes Balki to the New York Stock Exchange and through a series of misunderstandings, Balki buys a million shares of pork bellies and starts a market trend that leads the US out of the recession. Soon he is more successful than his cousin, leading to a split in their friendship, but of course by the end of the movie, they both learn a great lesson about life. Rated R for foul language and gore. 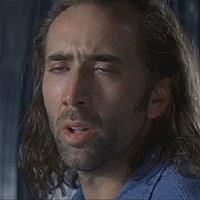 The sitcom of the lonely mountain man who talks to animals and befriends the natives is a little outdated for today's savvy audience. John Woo has been given the slot as director in this new action movie starring Nicolas Cage as Adams, a special agent who battles large corporations who illegally dump toxic waste into the environment. Helping him in this battle are CGI created animals who are the ancestors of the original inhabitants of the Garden of Eden and have been enlisted by Adams to help him save the planet. The fight scenes in this movie are going to be explosive thanks to the directing style of John Woo. A spoiler scene shows Adams flying sideways through the air in slow motion, firing a pistol in each hand, with CGI doves firing small pistols behind him. Ben Stiller plays the villain of the large corporation who is bent on the destruction of nature, and Vin Diesel plays his evil minion that always rhymes when he talks.

Ben Stiller plays the lovable Webster in this remake of the 80's sitcom of a well-off white family who adopts a cuddly little black child with an incurable growth disease. Unlike the other movies, this one is almost completely unchanged from the original premise, besides the fact that Webster is now a neurotic Jew from Long Island and he is adopted by a pack of CGI-created wolves in the Canadian wilderness where he is taught how to hunt down and vivisect deer with his teeth. This will be a direct-to-video release and will include a full soundtrack by the punk group "Good Charlotte".

Oh God I can't feel my legs. Somebody call somebody.

Are you ready for a new adventure with your favorite farm animal, the Pepperidge Piglet? Will the piglet ever learn the true meaning of the Bible? Will the kindly farmer give in to the evil bankers? Will I find my missing keys? Find all these answers and more RIGHT HERE YOU DUMBYS.