My Hundredth Article Ever 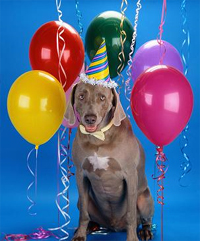 Meaningless Milestone Mutt says: "I sure love Something ARF-ful!"In late December of 2005, I propositioned Something Awful head honcho Richard "Snorlax" Kyanka for a writing job at this very website; and, due to the mentally debilitating effects of the now-banned flu medication Hallucinol, he graciously gave me the gift of employment.

We have not spoken since.

Yes, I've been writing for Something Awful for four years now, and having reached my hundredth article, I feel that it's only appropriate to take a look back at my body of work, much like a serial killer occasionally peers into his overstuffed crawlspace with pride and a massive erection. For you see, even though I've slaved over dozens of articles during my tenure here, there are a few pieces that simply didn't receive the recognition they deserved.

Now, a bigger man would forget about these failures, move on with his life, and quietly take out his aggression and insecurity on the people around him through an elaborate system of emotional abuse. Except for that last thing, this is not who I am. Which is why I now present the following: 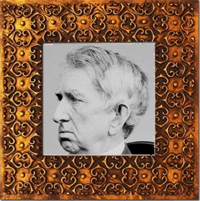 Why You Didn't Like It: In all of my years at Something Awful, I've never been able to come up with a reoccurring character that would ensure I'd never have to spend more than 20 minutes writing a front page update -- and this is no exception. People seemed to like the first installment of Addison Hillsdale IV's adventures in adorably quaint racism and classism, so I assumed I could just perpetually plug a bunch of 19th-century words into a comedy Mad Libs generator and wait for the bones to roll in. But the bones never came. I'm just going to assume that there was a widespread outbreak of humor-dulling carbon monoxide poisoning in April of 2008, because the funny levels in my urine were well above average at the time. I don't know how else to account for all the blood. 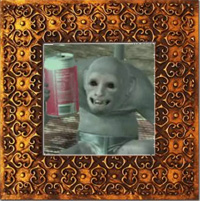 Why You Didn't Like It: Before I began my illustrious games journalism career of writing about the Top Ten Dog Farts in the History of Video Games, I worked through my horrible nerdiness by writing articles like this for the horrible nerds that read this website. Unfortunately, my attempt at Metal Gear mockery didn't make any waves because the world was still convinced that Mormon Vampire Fiction fan Hideo Kojima wasn't going to pee the franchise down into his tiny Japanese shoes. We can also blame the fact that the height of Metal Gear-based humor seems to be repeating someone's statement as a gravelly-voiced question, or yelling "U THINK LOVE CAN BLOOM BATTLEFIELD" while chuckling and gently tugging on one's wallet chain. Clearly I am not the one who sucks here. 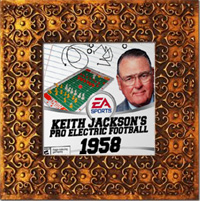 Premise: Electric football is god-awful and the sole reason why baby boomers eventually destroyed the world.

Why You Didn't Like It: I always thought that electric football was a hilariously broken mess of a game, and I assumed that Something Awful's readership would agree. They did not. It seems like 3000 words on the subject was just too much to bear, even for those shoveling coal into the electric football hate train. But now that we're three years older and wiser, I ask you to give "Electric Football!" another chance. Ladies and gentlemen, we have a black president; I think it's finally time to heal by laughing at electric football as a society, together. Then we can move on to a frank discussion of blowing up all the people who are different than us.