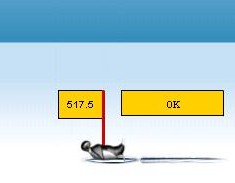 Check out this awesome Flash game!Something Awful has always been counter Internet culture. If a large number of people find something entertaining, interesting or funny, chances are we hate it and have probably ridiculed it for no reason other than the fact that we're a bunch of insecure twenty-somethings who didn't do too well in school, didn't fit in with the other kids, and have little prospects for a future that doesn't involve spending long nights spamming our resumes to various temp agencies desperately hoping something will stick. Or maybe I'm just projecting.

But hey, we usually hate things on the Internet that aren't ourselves, unless we can convince ourselves we discovered it first. Then it's awesome, like Pokey the Penguin. Had we had our first glimpse at that gimmicky comic on Fark Pokey would be a term grounds for a ban if you dare to mention it on our forums by now. Or maybe it is. You never know around here!

All Your Base was born on the forums! Just try to mention it there. Who else besides Dave Chappelle flips out over catchphrases like we do? We're so full of hate we hate our own goddamn successes!

We scoff at other web sites that have chosen to not to act like massive dicks to everyone they come into contact with. What do they have to show for it besides millions of dollars? Not resentment and jealousy, two traits that have made America what it is today, that's for sure.

Who else is not afraid to piss off the most popular search engine in the world and future supreme rulers of the planet Earth? Not Shacknews, a web site that has sold out with not one but two ad banners! Sure, we may have three ad banners on our front page, but two of them are "ironic".

That's why, when I consider our long history of acting like inhuman monsters, it disturbs me when the Something Awful community is starting to well... like things. 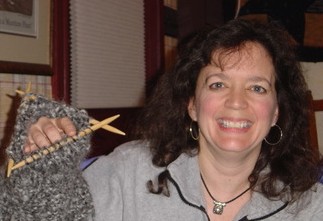 2001: Target on Something Awful. 2008: Poster on Something Awful.What happened to you guys? It seems like only yesterday you were letting petty Internet grudges guide every action you take in life. Now you sit in a subforum about the forum you belong to and take lame shots at red-blooded American goons who are just like you and I, but more like you.

We shouldn't be attacking each other, we should be attacking young mothers who have the nerve to ask for advice about their retarded children on the Internet or catladies who hit the wall at puberty and spend all day knitting sweaters for their precious Snookums, just like the good ol' days. We used to hate these people. Now they're on Something Awful!

It's time to band together and re-join the Something Awful hive mind. Here's what you forgot to hate.

Why you love it now: In 2002 the founder of Newgrounds founded a video game development company called The Behemoth that would be tasked with porting some of its more popular Flash games to consoles. Yeah, really. 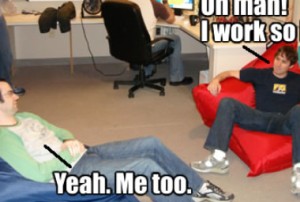 MAYBE IF YOU FUCKERS DIDN'T LOUNGE AROUND SO MUCH I COULD BE PLAYING MULTIPLAYER IN YOUR SHITTY GAME RIGHT NOW. Uh, I mean, that's what I would say if I had purchased your game. Heh...

The Behemoth enjoyed success with its first foray into the wonderful world of console ports, Alien Hominid, which was basically a rip off of Metal Slug. However, instead of playing Metal Slug people somehow felt compelled to buy it for the Gamecube and again on the Xbox 360. Unfortunately, most of Newground's audience was still in diapers when Metal Slug was released and might possibly still be.

With The Behemoth's latest release titled Castle Crashers, goons are finding themselves digging deep in order to purchase some Microsoft fun bucks for the privilege of downloading what basically amounts to Turtles in Time but with some RPG elements tacked on. Sorry, but I didn't play Turtles as a kid and lament that I couldn't level up Donatello. Everything old is new again with RPG elements! Any jerkoff will buy your game as long as you can level up. Ding! I'm retarded!

Because The Behemoth is billed as an indie company it makes them somehow less evil than the likes of EA. Sorry, but I just can't support things like Q&A, online multiplayer working out of the box, and saved games not suddenly disappearing for no reason. I heard Larry Probst personally raped every single underpaid programmer at EA. It's enough to make an anonymous housewife stick up for her pussy husband on LiveJournal.

What you forgot to hate: Newgrounds is the clearinghouse for every crappy flash animation featuring Sonic fighting Goku or Mario and Mario shits his pants for some reason, made by guys who just finished downloading Adobe Flash CS3 Professional. That Newgrounds doesn't at least owe part of its fortune to The Pirate Bay would be hard to believe.

The clientele is every loser who wore a Slipknot shirt in junior high school and quotes Borat in college. Newground's success in the world of console games should only infuriate you more.