If this week of politics has taught me anything it is that cyborgs are nowhere near as cool as I was led to believe by Kano in mortal kombat. It is 80 degrees and the hillary clinton cyborg starts malfunctioning and trying to shut down. Oh, you don't think she is a cyborg? Then explain this video clip any other possible way: 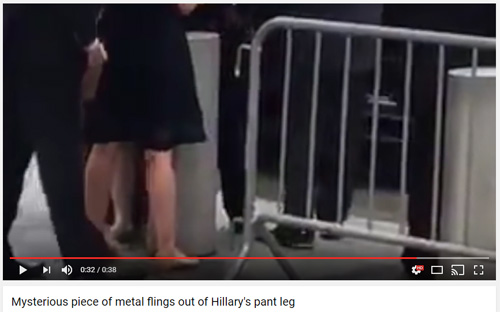 That's right, finally something that is interesting about hillary and it's that she is a cyborg. I would almost feel sorry for her but I don't know if she has slotted in an emotion chip. Odds are she probably didn't so she can activate with 100% ruthless efficiencies and walk onto the stage with 0.0% casualties. Also she wears cyberpunk sunglasses so she is definitely hiding her laser eyes. 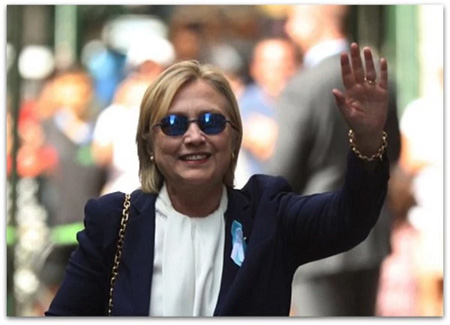 If I sound a little bias against hillary clinton I apologize it is because I have been placed into her so-called "backseat of deplorabels" which I resent because I had to look "deplorable" up in a dictionary because of an argument I got into on Tucker's podcast with a guy who made his own medical college to give himself a doctor's license and is now suing the state of alaska to be allowed to perform brain surgeries. We used to call him doctor good times because he would write us prescriptions for veterinary LSD but then the veterinary pharmacy threatened to shoot us if we came in there with any more LSD prescriptions and tried to disguise ourselves as turtles by wearing kiddie pools on our backs again.

Which by the way home boys was all caused by the FDA tightening up restrictions on LSD because of Bill Clinton signing the crime bill in the 90s that authorized fish and wildlife officials to use claymores.

Anyway, doctor good times tried to convince me that I should drink something called colonial silver and I'm like this better not be more hamilton bullshit. If I hear one more person rapping about signing the constitution or whatever I am going to throw another kettlebell through the front window of the Wasilla library. Lin Manuel Miranda doesn't even sound like a real name it's like the name of a character on the Amazon.com tv show bosch where the detective lives in the hollywood sign and talks to people about miles davis and somehow makes a face that is in a gravelly voice.

Doc good times said that hillary said that trump people are in a backseat of deplorables which means that they are no good and will never be any good. This isn't the first time I've heard that about myself and first of all I only wear the make america great again hat because it gets you free lapdances at the Pipeline from eastern european girls who have names where Y is the only vowel. I guess hillary says that donald trump is into the alt right and that I shouldn't watch million dollar extreme on adult swim because sam hyde is responsible for the charlie hembdo massacre. I don't even know what any of this means but I am in big trouble for using the frog picture in the SS uniform. Like I know what a secret service uniform even looks like those guys usually just wear suits and sunglasses. 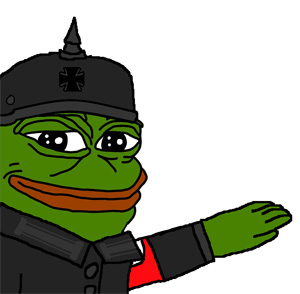 What happened to the good old days when a man could post the bad frog man without getting lectured by a bunch of moms on the internet who want to tell me I used the wrong frog?? I made up my own cool meme turtle named Paco and nobody can take this one away from me. Not even the FDA and wildlife rangers trying to put up claymores around the pharmacy like that is going to stop a bronco when you put a brick on the accelerator.

I dare cyborg hillary to try to call this bad boy deplorable. From now on if you want to post a picture of anybody in any uniform you want saying death to whoever you want and making a joke about gas chambers you feel free to use the good reptile Paco. He brought me luck when I was running my ninja turtle scam on the veterinary pharmacy and he might just help you stop a cyborg in the year 2015.

Goddamn. This cow adderall is giving me flashbacks. I can feel it coming back. If you see me sliding along the floor talking about the winter bear then please sit me upright in a chair so I don't wedge myself into a vent again.