The Lexus December to Remember We're Poor and Miserable

If you're getting tired of the overbearing drumcirclers of the Occupy movement nothing brings you back around to their point of view quite like a steaming pile of one percenter consumerism. It serves as a reminder that, nope, not everyone is in this together. Some people are doing just fine. Finer, even. It's time for another "December to Remember Sales Event" from Lexus. 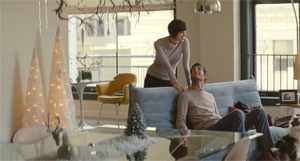 This month's festival of excess comes courtesy of the 2011 Lexus marketing campaign, running ad nauseum, which suggests the only way to create a "December to Remember" is to play the Lexus theme song and tie a bow around a 60,000 dollar hybrid SUV that you're giving to somebody for Christmas. I know you've seen these miserable things. They amount to either a terrible miscalculation about what Americans want shot out of their TVs at their faces or a sort of cocky, "deal with it" from Lexus about how shitty our lives are.

I understand that Lexus is a manufacturer of luxury automobiles and I don't begrudge them that. Certain people just need fancier cars to go to their fancy places fancier. If the commies had won the Cold War we'd all be waiting to get our chance for an unpainted Lada made out of tin with features like "front and one side window," "power headlight" and "full floor." At least this way a few hours of busking outside the train station and you can buy enough gasoline to drive your heated '89 Tercel to a different train station to busk, all so you can save up money to buy a Chinese hunk of crap and a couple video games about murdering robots for your ungrateful kids. 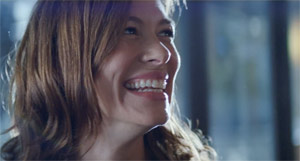 Meanwhile, the catalog models floating in the soft-white sugar plum loft apartments and gated enclaves of the one percent are tying a ribbon around a car and rigging up music boxes and making the elevator play the instantly forgettable Lexus theme song that we all supposedly know by heart. Everyone is smiling and happy and sheathed in sweaters. Golden holiday lights glow out of focus in the background of every shot. Children gather around wondering what mom is going to think when she gets a brand new luxury car.

The music box plays the theme song and we know...YES...another luxury automobile is waiting in the driveway with a bow. Hooray.

Fuck you, Lexus. Nobody can afford your cars right now. We'll be lucky if we can afford a picture of a Lexus to email to somebody. Did you not notice that the whole world is sliding into a slow economic apocalypse? This is the spin you put on it? Play a music box and light up the faces of little tots with the candy cane dream of a car with heated leather seats and seatback LCDs. I'm glad the hedge fund managers and investment bankers living in your fantasy scenario are throwing around the kind of dough it takes to roll a Lexus off the lot, but isn't there some channel just for rich people you can run these commercials on?

Look at that ridiculous setup. It looks like Michael Cain's house in Children of Men. They're playing the Lexus song on Guitar Hero in a frigging Frank Lloyd Wright house. Do you think people who live like this are sitting around watching Cartoon Network at 2 AM? They're skiing in Aspen at their private lodge or shopping at some specialty all-wood toy store buying a 1/2 scale T-rex skeleton made out of oak for a kid who will be a record producer at age fifteen.

Here's an idea, Lexus: how about you sponsor Kudlow's daily Goldman Sachs ball tickler, slap a sticker on whatever pole Maria Bartoromo is grinding her stink on, and leave the other channels alone. That way the rest of us can wallow in the pacifying glow of singing competitions and vampire TV shows and we don't have to see your messed up alternate reality where people are happy and rich.

It's not jealousy, it's that our misery is heightened by the ecstasy of the select few. It's a parade of excess in the midst of austerity. It's gross. You're gross, Lexus.

Oh, and Lexus, while you're at it, tap the diamond people on the shoulder and let them know that one of their commercials features an adult man sharing a romantic moment with a teenage boy. I think it's for Zales/Peoples Jewellers. I don't know who green-lit that one, but it's also gross. Take your Lexii and catamites and disappear back behind your mansion walls. It's not cool to throw garbage at us out here.

We have train stations to busk.