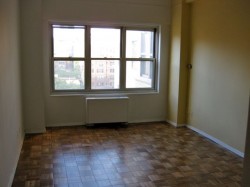 I think if you're like me, you're almost 30 and you've lived with someone at times and then lived alone again. There's nothing wrong with that inherently, but the rollercoaster of "Magically Never Being Bored Because There's Always Someone To Annoy" vs. "Holy Living Fuck I Wish Something In This Apartment Would Move For Even A Moment" is dramatic, to say the least. Neither is right or wrong, but coming off that rollercoaster is jarring, discombobulating, and frankly, it causes you to rethink your idea of how living is supposed to be for what could, in fact, be the rest of your entire life.

You Actually Have to Choose What to Do

Pretty messed up, but you can no longer do that thing where you waltz out into the front room and see what the other person is watching or doing. You actually have to do that for yourself now. No more zoning out for hours of Real Housewives or Top Chef or whatever. No more doing yardwork or dishes because you feel like the other person is judging you. You can let it all hang out, and you often do, because nobody loves you.

You Decide to Get a Cat

You dumb idiot. You're inviting a lesser creature to come into your home and piss and shit on everything you own just so you won't feel alone. You sad sack. At least get a good one, one that knows where to properly piss and shit. Don't get a kitten, that's so stupid for an adult like you. Go to the shelter and get a good, battle-hardened cat that can deal with your constant crying and the near-constant, unscrupulous sexual partners you bring home to feel better about yourself for one half of one day. By the way, I hate you, and so does the cat.

You Have to Cook for Yourself

This is where most people get fat and horrible, but you're in luck! You've successfully remembered to not just hit a drive-thru after work on your way home to the cat, right? Buy a big sack of spinach and some light, awful dressing and remember that nothing tastes as good as thin feels. It's normal to put on pounds for maybe a month after a breakup, but after that, there's no real excuse unless you've got something medical going on. Buy fresh fruits and vegetables and get with the program, moron. Remember, restaurant food is almost always awful for the bod and if you have to cook it in a microwave, it's probably bad for you. This paragraph has no jokes in it because it's the truest one.

You Should Talk to People 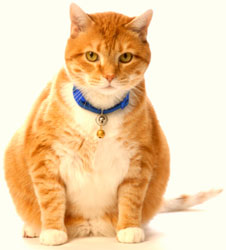 Thankfully, not everyone is as horribly scarred as you, and you might find some redeeming factors in the people around you. Start slow by going to a bar and-- here's the important part-- putting your fucking phone away. Nobody ever talks to anyone who is on a smartphone, ever. It doesn't happen, nor do people on smartphones ever magically end up standing next to the people they want to talk to. Just give it a shot, but remember that bars aren't ultimately the kind of places you meet lasting and worthwhile friends. They're just a good place to practice!

Good friends are met everywhere that is not a bar. If you want to meet good friends, go to a place where the proprietor says, "This is not a bar," and talk to those people. Congratulations, you've just made a potentially good friend.

The most important rule, however, is to please, please, please never backslide into horrible nerd hobbies too much. Visit a D&D night once or twice, but never actually play it. Play poker at someone else's house, not yours. Build a computer, sure, and then store it in the closet so nobody can see the gaudy blue LEDs casting shadows around your entire house. There's a reason people in solitary go insane. Good luck!