Look What You've Done to Me

The news of Reid "Frolixo" Paskiewicz's tragic passing weighs heavily on the finely tuned mass of gears and microchips that long ago replaced my heart. While he and I did not always see eye to eye, he was a funny and skilled writer. I would love to spend the rest of this article extolling his many fine virtues, but there is something even more important that I have to address. Namely, how much I hate you, the reader. Yes, you. You are personally responsible for my downfall. You've broken me. All I ever wanted to do was entertain you. I just wanted to make you laugh, bring a little smile to your face, help you forget about your troubles for a few minutes. But that wasn't enough for you. I had to keep pushing it and pushing it. Well congratulations, now my English skills are completely defective. I hope you're happy. 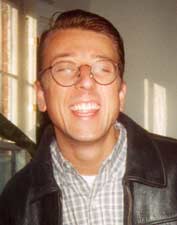 You know, Bill Cosby made a career for himself on nonoffensive, expletive-free, family-friendly humor. But you wouldn't have any of that, would you? No, you needed your daily dose of funny overflowing with sex, drugs, violence, and creative cursing. And no matter how fucktacular I tried to make my articles, it was never quite fucktacular enough for you, now was it? You wanted your Sunday updates faster, harder, and with a free toy. So I struggled to amp up the juice for you, and now I can't turn it off! After a summer of writing nothing but SA articles, when I got back to school I discovered that I no longer know how to write a normal essay. I'm trying to pull off an English major, here! And at a school where everyone thinks they're an English major, in a world where English majors are used for currency by people with real degrees, I need to be able to adapt to my situation like a chameleon who is also an English major. But just look at one of my recent essays!

The impassioned speaker in John Donne’s “The Canonization” is most likely an older man in love with a younger woman. He mentions his “palsy,“ “gout,” “five grey hairs” and “ruin’d fortune” in the second and third lines. This is a man who has lived long enough to accumulate a fortune and lose it, as well as succumbing to baldness and diseases commonly associated with the elderly. Not to make any judgment about anyone else's sexuality or anything, but this guy has got some serious fucking self-perception issues. Hate to break it to you, there, Oldie McLiverspots, but the girl isn't even half your age. She could find a better man her own age, get married, and raise a family in the time it would take you to unhitch your suspenders and manage a feeble erection. Also, John Donne sucks fish nuts. And believe you me, fish nuts are difficult to find, let alone to suck, so anyone who does so must really, really love it.

And that's just the opening paragraph! Notice where it takes a slight deviation in tone? Yeah, that's not kosher with most English teachers these days. Fortunately, I was able to catch that little snafu in revision and changed it to read simply: "John Donne sucks." While that didn't quite fulfill the length requirement of the assignment, I feel that it made my point rather succinctly. Now, if this was an isolated incident, it would be one thing. But such is not the case. Try this excerpt from a recent essay on Andrei Bely's Petersburg on for size.

On the most basic level, Apollon Apollonovich plays a twofold role in the narrative of Petersburg. First, he is Nikolai Apollonovich’s father. Second, he is a senator, which makes him the target of a revolutionary assassination attempt that Nikolai Apollonovich ends up spearheading. There is a clear conflict of interest at work, one which could prove interesting in the hands of even the least capable of writers, but the conflict is mostly on the part of Nikolai Apollonovich. It is his crisis of conscience and filial duty that come into play. Apollon Apollonovich, like all major figurehead statesmen in Russia during the first part of the Twentieth Century (or arguably any other part), is well aware that his life may be in danger. But that's what he gets for getting involved in filthy commie politics. Maybe if he wasn't so busy doing the pinko polka with his commie buddies all day long, he could get off his fat red ass and do some goddamn parenting. I'll tell you one thing, you never get this sort of father-son political conspiracy bullshit in America. If I tried to play a key role in a socialist plot to assassinate a key political figurehead, my father would beat the crap out of me, disown me, then adopt me back into the family so that he could beat me again in the warmth and comfort of his own home. Friggin' commies. Also, Andrei Bely blows goat scrotum, which I call "goatum." 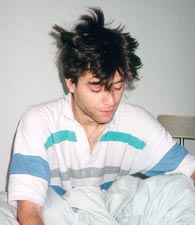 Now that's just unacceptable. I mean, "goatum?" That's just a stretch. I love the combining words gag, you know I do - I break it out for you often enough - but that one's pretty weak. Oh, also it has no place in an analytical paper on the relationship between Apollon Apollonovich and Nikolai Apollonovich, but that's almost beside the point. And I didn't even notice that stuff during revisions. I didn't realize anything was wrong until I got the graded paper back from my teacher with the comment, "solid thesis, but tone gets a bit colloquial at points." I heartily believe that if my teacher hadn't been firmly in the grips of senile-old-coothood, things could have been much worse. However, not every paper went quite so smoothly.

Redemption is also conspicuously absent from Pirandello’s Six Characters in Search of an Author. Ignoring the element of the Director and Actors for the time being, the story of the family of six living characters is one of layered betrayal. The existence of the characters, most notably the Father, is one of endless repentance. Within their story, the direct parallels to The Winter’s Tale are few, but noteworthy. Of course, by "noteworthy," I mean "boring and pretentious." I don't think I'm saying anything here that we aren't both already thinking. I mean, come on. What sort of backbiting, pedagogical, wannabe intellectual, self-imporant sperm sponge writes about the direct parallels between Six Characters in Search of an Author and The Winter's Tale with a straight face? You want to talk parallels? Here's your parallel: they're both plays. You happy now? Give me the damn A already. Also, Pirandello sucks worse than a twenty dollar whore with metal teeth named Mitch. 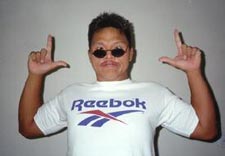 Yeah, yeah, that didn't fly. Remarkably enough, my teacher found that ending to be a little flippant. Can you imagine? Of course you can imagine. Because you're the reason I write like that in the first place! You just love it when I point out the foibles of pretentious literary criticism, don't you? You get off when I bring the world of expository writing down into the trenches, don't you? Nothing excites your withered little genitals more than when I defy expectations by using slang and vulgarity after formal writing, isn't that right? Well you sicken me. It's because of you and your precious needs that I ended up handing in this modern wonder:

Now that one was entirely your fault. What were you trying to get me to do, fail out of college? I can't go handing in papers with crap like that on them! "Erikson's steps of development show the maturation of the pure ego primarily through the social self and the material self" my ass! What kind of argument is that? Everyone knows that Erikson specifically doesn't mention the spiritual self because he doesn't feel that it is his place to impose spiritual guidelines on a child's development. What sort of punkass student can't respect that? Also, there should really be a comma between the first "ass fuck" and the second "ass fuck" to give a better sense of rhythm. Honestly, that's just atrocious. And I blame you. You're the one who made me stoop to such despicable levels week after week after week. You're the lowest common denominator, you know that? Just sucking up whatever lowbrow filth I'm willing to throw your way. And what's worse, I let myself believe that I had to please you! I subverted my own principles just to get the cheap laugh from your Dorito-filled mouth! And look what happened. Now I can't even get through a sentence without using some profanity fuck. I wasn't always like this, you know. There was a time when I was on a clear path to being one of the most respected writers on the East Coast. Well, I wash my hands of you.

I didn't mean that. Please come back to me, baby. I need the constant approval or I'll wither and die. I love you. Really, I do. I was just venting. Just letting off a little steam. It's been a rough week. Don't take it personally. When I said "you" all those times, I didn't mean "you" specifically. really, it was everybody but you. You're the exception. You're the best, baby. I need you. I - hey, where are you going?

Skip Church! It's Time for The Weekend Web!

Oh, hello there. Zachary "Spokker Jones" Gutierrez here. I was a bit worried this week. How was I going to top last week's terrible feature on anime forums? I simply could not believe that there would be an internet community more worse off than those who watch anime. Well whenever I don't know what to do I always turn to the horrible fuck-ups that are America's teenagers:

Yeah, that should do it. Come along and join us in exploring the depressing world of teenagers in this week's Weekend Web!