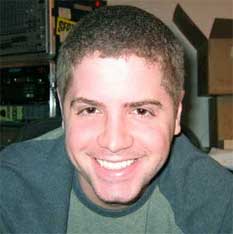 This is me. I eat shitty energy bars so you don't have to. I am also a horrible monster and I pray for death.

America has always embraced the idea of making your own cake and eating it too, despite the fact that nearly all of the ingredients come from Japan and we refuse to eat more than half of the cake, preferring to throw the majority of it away. Our citizens have constantly been searching for ways to lose weight without actually engaging in physical activity, changing their diets, or inconveniencing them in any way. This is the spirit of American pride and can be seen in such patriotic items as that hat which holds the beer cans with straws, the male girdles which are supposed to electrocute you until you die and therefore become less obese, and anything sold by Ron Popeil which contains the word "wonder" in its name.

We would love to look like all those famous Hollywood celebrities, yet we don't have the willpower or money to go on an exciting Hollywood celebrity drug-induced diet binge. Companies have decided to capitalize on our eternal desire to "eat utter shit yet lose weight at the same time" by creating a new type of hybrid candy bar / energy log thingy which sells itself as something that tastes great yet injects your small intestines with a powerful dose of "Vitamin OH HELL YEAH!" I recently went to my local supermarket and picked up nine energy bars which were either placed in dominant locations or caught my attention with their shiny and colorful labels, thereby making me another faceless statistic to prove trends from marketing research data. I was planning on doing a taste test review of these nine energy bars with my girlfriend, but since we broke up a few days ago, I don't really feel the need to call her up and ask her to "eat my candy bar." With this in mind, I have decided to use the next best thing - my dog Jake - as a secondary review source so you can be sure that the information you're getting here is not only 100% accurate, but it's also advice from a dog. 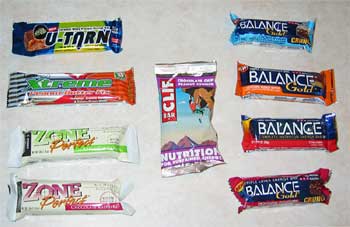 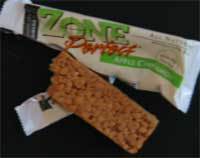 LABEL DESCRIPTION: This energy bar looked really exciting because the text on the side read "contains 3mg of OMEGA 3." Note how the phrase "omega 3" is in all caps. This is because it is obviously very important and we all need at least three milligrams of it in our diet each and every day or else we'll all explode and die. The wrapper also trumpeted how it is "ALL NATURAL" and contains 14 grams of "PROTEIN" which is secret code for "will probably taste like licking a 20-year old shipping crate."


NUTRITIONAL FACTS: Zone Perfect Apple Cinnamon has 200% of my vitamin C and vitamin B6 requirements, which worries me because I fear that if I eat an entire bar, my stomach will erupt with a fountain of raw vitamin C and B6 gushing out. This is the risk I take to do such an important job of "eating candy bars for an Internet website."


REVIEW: The actual energy bar resembles a tightly compressed bird's nest and when you bite into it, the energy nest breaks apart into hundreds of tiny Rice Krispy-esque particles. There is no taste at first, which makes you feel as if you're eating chunky air, but your taste buds soon get slammed with a rotten apple flavor. If I was English, I'd write that last word as "flavour," thereby tricking you into believing I am smart and sophisticated. The apple flavor isn't that bad, especially compared to drinking pepper spray, but it's still not very good. I think they forgot to include the cinnamon in my bar because all I could taste was birds nest and rotten apple. After swallowing down a few bites, my throat felt as if it was coated in some kind of low-fat butter substance, which isn't really that great of a feeling especially when combined with the rogue birds nest chunks stuck in between your teeth.


REVIEW FROM DOG: He ate the entire thing in one bite. I don't even think he bothered breathing during its consumption. I guess that means he enjoyed it, but then again he also enjoys licking his own penis, and I can faithfully say that he's the only entity which enjoys that. Well, I mean licking my dog's penis, that is. You can enjoy licking your own penis all you like, but I draw the line as soon as you start lusting for my dog's genitalia.


AMOUNT OF ENERGY I RECEIVED FROM CONSUMING THIS: Not much, but I did develop a headache after eating it. A headache is kind of a form of energy, isn't it?