Mental Health and You

A Program by Dr. Dan Fitzgerald.*

Hello there. My name is Dr. Dan Fitzgerald, a practitioner of mental health and board member of the Detroit Zoo. I have been seeing Frolixo as a patient for over 7 years, helping him with his severe emotional problems and psychotic episodes of random violence. The root cause of this behavior was determined to be the experience of having a clown touch his butthole at a birthday party when he was 8.

During our last session, he jumped into my fish tank and devoured a rare sunfish. He had no legal tender with which to pay for this destruction, so we came to the agreement that he would let me use this Internet spot to talk about my mental health program. This is my chance to, you know, just rap with you kids about life and what have you. But I'm not doing this merely to sell my numerous books; I wish to help the many afflicted citizens of the World Wide Web who are suffering from mental health issues.

From recent poll results, and using Frolixo as an example, the youth of the Internet seem to be the most downtrodden and mentally unstable section of society. It is only natural that these individuals, scorned from their more healthy peers, retreat to the dark confines of their room and seek companionship in the form of a robot friend who will not judge or mock them -- their computer. This is a fertile ground for doctors like me to find hurting individuals and set them on the path of recovery and health.

Let us first look at the 4 most common afflictions that one may suffer as a result of an unhealthy mental state: 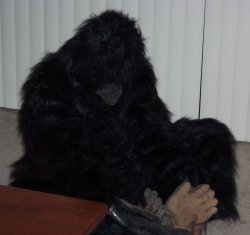 It's a proven fact that depression is the leading cause of wearing ironic and trendy t-shirts. Everybody is forced to deal with this crippling condition, whether they suffer from it personally or it affects a loved one. It can damage personal relationships, and cause major stress on one's body due to the psychosomatic symptoms associated with writing poetry and listening to Tool or Radiohead. It can also lead to the creation of horrible artwork. In fact, all forms of bad art are derived from individuals who are suffering from depression and spread their pain to others. In the medical community, we call this "The Van Gogh Shift".

Many who suffer from depression fancy that it is founded in social injustices or spiritual quandary. Usually, however, it stems from something very simple, like a memory of visiting a theme park and witnessing one of the employees dressed as a famous character taking off his oversized head and vomiting on a crowd of children because he had too much to drink the night before. If it is not a hidden childhood memory they are running from, it is usually due to ego and self importance -- feeling sorry for themselves for their deserved lot in life. I usually humor these types of patients by pretending I'm listening, while in reality I'm reciting the musical Oklahoma in my head while they are babble on for $50 an hour.

Real life example of patient suffering from depression: Let's say you are the leader of your group, large, mighty, and with unrestricted right of sexual congress for the females. Then one day a larger male comes along, chasing you off and forcing you to live in exile. Now you are all alone in the trees, looking for some melon scraps that the gibbons didn't want. You have lost your power and thus fall into a spiral of depression that leads to your slow demise, much to the jeers of the lemur children. 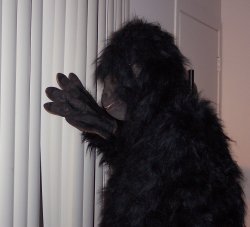 Fear, worry, and stress. These are the catalysts for anxiety: the Three Musketeers of discontent. Anxiety gnaws on one's brain like a pale worm, tunneling about in a search for delicious truffles. You see, I not only have a doctorate in crazy people, but analogies as well.

People suffering from anxiety disorders are most commonly over-stressed from a combination of work, relationships, financial problems, and traffic delays due to road construction. This can cause people to stay indoors, increase the frequency of nervous habits, and cry uncontrollably when their favorite science fiction series is taken off the air. I know when Farscape was canceled I just about lost it.

This chronic mental handicap also includes all sexual anxiety issues, such as erectile difficulties and "Gonzo nose". People that are afraid to assert themselves in social situations may also have issues with sexual relations. This leads into our next subject: lonely Internet geeks. 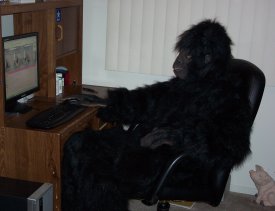 Another typical sufferer of this condition is the Internet troll. They will scour forums and messageboards, posting really mean comments that ruin threads and harassing females to make up for their real-life sexual inadequacies. I would say that Frolixo fits this profile, but I won't because that would be a betrayal of the doctor/patient confidentiality agreement.

Real life example of social isolation: George finds himself an outcast from the group, not because they disliked him, but by his own actions: whenever he gets angry, he flings his feces in the air, showering all of those unlucky to be nearby. This scares the rhinos, who in turn stampede over the plains, raising locust clouds that eat the farmer’s crops and cause widespread famine and disease. George then joins a pop-punk band and catches herpes from molesting a passed out groupie backstage. 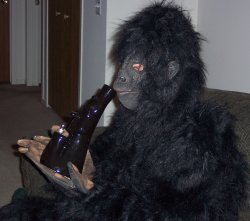 Once the world has seemingly turned its back on you, and you have given up all hope, drugs are a temptation that can hardly be resisted. The weak and stupid are the most common victims, but even the most pious monk may be lead into darkness by the relaxing smoke of the opium pipe. Even young Frolixo has taken to smoking marijuana through the barrel of an M-16 rifle, something he picked up in the primeval jungles of South Vietnam.

When one is caught in the stranglehold of addiction, all other concerns become a backdrop to the craving for the next dose, the next big fix. Even I struggled with a Bottlecaps candy addition in the mid-90's, but since have overcome and became wiser and stronger because of it. 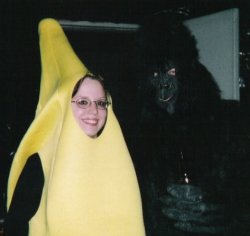 The body is fickle, craving certain amino acids and proteins that help us feel energized and healthy. This gives our minds an able vessel to control, like Krang from Teenage Mutant Ninja Turtles. The is a simple answer to the age-old problem of proper mental health is to eat a lot of bananas.

Yes, bananas are the key to life, the key to health, the key to happiness. This mushy phallic protein treat is just the thing to keep one's body full of nutrients, and out of the dark world of mental illness and apple gloom. Forget about grapes. They do nothing.

Eat bananas. Your life depends on it.

* Not a real doctor, but a spokesman for the banana trade corporation of South America. He does watch a lot of ER though and has a crush on Noah Wyle.