Mortal Kombat: The Battle for Belleville 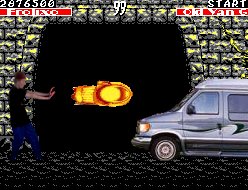 I am not a violent man. Sure I've killed a man just for snoring too loud, and invaded Poland with my Panzer tank units, but that's all in the past. I have grown to have patience and understanding over the course of the last few years. Through reflecting on my past brutalities and wholesale slaughters, I have grown as a person and have even become a pacifist in the strictest sense of the term. But like all humans, I have my limits of tolerance. Once I am pushed over that limit, a transformation takes place in me not unlike Bruce Banner turning into the Hulk, but with less pants ripping and more underwear tears.

If you don't smoke pot and can remember a few months back, you may be able to recall me writing about how I had to flee a savage animal assault on my apartment. It was quite an ordeal, and pushed me to the limits of my patience. Instead of firebombing the apartment and surrounding forest like I would have done during my violent years, I instead turned the other cheek and ran away like a frightened schoolgirl. I am proud that I had the self-control to not murder all the animals and play in their sweet blood.

Unfortunately I am now faced with even more conflicts at my new apartment. Instead of having to battle beast and bird, I am now being assaulted by the local human elements that are terrorizing your humble narrator. Ladies and gentlemen, these people are pushing me over my tolerance limit. It's high time to stand firm and fight back against these forces of darkness. The final battle for my freedom and sanity is here. Fell deeds await. Now for wrath. Now for ruin. And the red dawn!

Battle One: The creepy old guy who sits in his van all day 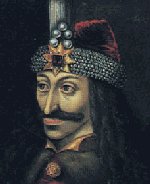 This is the closest resemblance I could find of the van guy. Never before have I encountered a foe so crafty and bold. All my prior experience in psychological warfare had to be thrown out the window, and a whole new stratagem had to be rethought. The old creepy old guy who sits in his van all day is an enigma, a dark riddle of nature. The day I moved in, I saw him sitting in his large blue van that is parked in a handicapped spot. He had the window rolled down and was smoking a large cigar. At first I just thought "he must just be getting away from the wife" or something innocent such as that. Little did I know that I was about to embark on a queer journey of unequaled annoyance.

Weeks later, I started noticing that the man was sitting in his running van when I left for work, when I got home from work, and if I went out at night. It's if he was some strange apparition that sat inside a ghoulish van that was powered by the souls of the damned. I started really getting freaked out so I decided to do an investigation like a junior detective because I watched a lot of Cosby Mysteries and picked up Cosby skills. I stayed up past my bedtime and peeked out the window at him sitting there in his van of mystery. After awhile, he actually got out of his van and walked inside. He was a small man in his 50's with a jet black toupee, wearing a blue sweatsuit that you see old mob bosses wear on TV. The next morning he was in his van again, but much to my surprise, he had a visitor. A man in a suit with an expensive looking leather briefcase was talking to him and some sort of transaction as going on. For me, it was enough evidence to confirm that this man was the boss of a huge ring of underground criminal activity in Belleville. I planned to alert the police of this highly illegal activity, but as I was soon to find out, the local police force was in alliance with the van guy. Thus he was untouchable, and soon sent his minion to deal with my snooping ways.

Ham, PMS, and firearms don't mix. This husky thug is by far the most dangerous of the foes that are oppressing me at my new place of residence. One night I was entertaining some guests with some tea and pleasant witticisms, when I noticed the creepy old guy walking out to his van. As he was getting in his dark mount, he glanced up at my balcony with an evil looking sneer. I knew he was up to no good, alas I could not send away my guests just because I had a few misgivings. Later that night we went out on the balcony with our brandy snifters and clove cigarettes, discussing the current economical woes. All of a sudden, a bright flashlight was shined on our faces, causing us great confusion. A harpy like voice screamed out: "What are you people doing up there?!". One of the guests, a forum member that goes by the moniker of "Moonshine", replied to the question with a hearty "Fuck you!". This enraged the beastly lesbian policewoman. She lowered her shoulders and charged the apartment door, making it give way to her meaty bulk. I saw the old man in the van grinning maliciously and knew that he was the one that called the Belleville Police. It was a carefully planned combo-attack.

The lumpy she-cop would not enter the apartment, and had her hand firmly planted on her service pistol. She shouted and screamed at my frightened guests and warned us that she received a complaint about our racket. When I tried to explain politely that she was making a great deal more of a racket than we were by her screaming in the apartment hallway, she became even more belligerent and I was afraid she was going to eat me. Another guest, forum member "Malevolent", tried to speak but the fascist bitch cop clubbed her unconscious with a ham. She again threatened me and my guests with an expensive ticket, and then proceeded to eat my doorknob because she thought it was butter. After she pounded back down the three flights of stairs like a flustered rhino, we breathed a sigh of relief that the frightening ordeal was over, and played a game of Twister. But I knew this was far from over. The creepy old man and lumpy bitch cop will join forces against me again, but this time I'll be ready for them.

Screech of the Damned

Battle Three: The snotlings who think the stairs are a playground

Smile while you can, sassy children. Soon I will slaughter you like piglets. Goddamn kids with their crazy legs jumping to and fro on the stairs with their oafish mother huffing and puffing behind them, too slow to catch up and put a stop to their antics. Even if she could catch up, it wouldn't matter because she's one of those mothers that lets her kids do anything and feeds them gobs of chocolate ice cream to shut them up until they become little bloated sacks of poison with sticky, grubby moon faces. It may sound to you like I am overreacting and that I just hate children with all my soul because I am a black hearted grinch that despises all forms of life. Well that is true, but still, children should not be allowed to run up and down community stairs at all hours of the day while I am trying to reconstruct a WW2 labor camp out of toothpicks.

So I decided to murder the children. It may seem like an easy task because they are so very small and fragile, but looks can be deceiving. These were no ordinary children, they were little hell beasts from the 9th plane of trickery and horseplay. My first plan was to just run out there and stab their tiny hearts, but it was far too conspicuous. Next I came up with a rather inventive plot to wait until they were halfway up the steps and then roll a large boulder down the stairs, effectively crushing them. Unfortunately it proved impossible to find a boulder that size around this area, and I would have problems getting it into the apartment. Just when all hope seemed to be lost, I recalled the tale of Hansel and Gretel. History is never wrong; kids love the candy! Within a week, I had constructed the entire inside of my apartment out of delicious sweets and confections. I left the door to my apartment open on purpose, and sure enough, the little bratlings were lured into my tasty trap. Once they had grown fat with gingerbread and fudge, I tried to put them in the oven. Much to my terror and surprise, the little girl child kicked me into my own oven and they made their escape while I roasted at 450 degrees! I really should've read the end of that fairy tale.

As you can see, I am up against some tough customers here. While I can't really say that I won any of these battles, I've at least come to the decision that I will not turn tail and flee like when those animals attacked. This is my holy home, and by God and his son Jerry, I will not stand down to suburban terrorism. I believe the great poet Oscar Wilde once said "Through trials and tribulations comes resolve to overcome. How's my hair?" Oscar may have been a huge fag, but he's dead on. One day I will topple my foes that are bent on mildly annoying me and stand above their hewn corpses, holding an American flag and drinking a tallboy of Papst Blue Ribbon. ~cue Ford truck commercial~

Hi everyone, this is Dennis "Corin Tucker's Stalker" Farrell once again. While I have you alone for a minute, I just wanted to warn you about Frolixo. Maybe it's just me, but he seems sort of... weird lately, and I'm getting scared. So far he only shot me in the face and raped me in front of my family, but I'm afraid he's going to get carried away one day. Just be careful. This week at State Og, we discuss some truly shocking hidden messages that we discovered in popular songs:

Song: I Got You Babe by Sonny and Cher
Hidden Message: "Hug your parents, go to church, and practice safe sex if you decide not to abstain. LUCIFER COMMANDS YOU!"

Man, that almost makes me wish I hadn't been born deaf. Almost. Read the rest here! Oh, and don't worry too much about Frolixo. Just watch your back, and your face.