My Inbox: Behind the Scenes

When people learn that I am not just a meek and pathetic excuse for a human being and actually an internationally renowned Internet writer, they often ask me about the fan mail I get. This creates problems because I generally do not get fan mail. I get a couple letters of feedback from each update and that's all well and swell, but nothing monumental. I tend not to write monumental things, so it's understandable. I don't really even get that much hate mail, which is usually a million times more rewarding than fan mail and makes me long to type out paragraph after paragraph wishing death and suffering upon the entire furry and juggalo subcultures. I'm not going to do that now, but rest assured I do in fact wish death and suffering upon them.

The fact is I don't understand most of my e-mail. A lot of times I get condemned for things I've probably never even written about, like this recent e-mail decrying an attack on cowboys that I apparently wrote at some point in history.

Now that was the sorriest attempt at looking for attention I have ever read. I know that some people do this type of article to see how angry they can make others.

Well it did not work it only showed you lack of understanding about cowboys and country life. If you would like to air these comments in public in ranch country you will undoubtedly find the first real cowboy will invite you behind the barn and help you understand about good manners. You may not know about that but you would learn a little respect for others.

Bigoted liberals try to make everything dirty and cheap. Maybe a better education would bring your thinking to an adult level but we doubt it.

You might consider joining us at the worlds largest gathering of cowboy entertainers in Lubbock, Texas in September.

Are you interested in the invite or are you like a little barking puppy behind the fence?

I honestly do not remember writing negatively about cowboy poets, but if I did then it was totally worth it. Furthermore, I'd just like to add that I wish death and suffering upon all cowboy poets. I can't wait to get beat up behind the barn by a well-mannered cowboy like the cheap and dirty liberal I am. That I pissed off a man who believes a better education is useless delights me to no discernable end and makes this job worthwhile.

The e-mails that boggle me the most – and also make me hate the mere notion of living and long for the sweet embrace of Thanatos – are the ones where people attach images they want me to post online. Sometimes these images take the form of Photoshop Phriday submissions and other times they are pictures of somebody's friends, with an accompanying demand that I do something evil. Still other times they just don't make the slightest bit of sense. Perhaps we will take a look at some of these images right now, yes? Yes, yes we will.

This first image came to me under the subject "Fruits and vegetables." 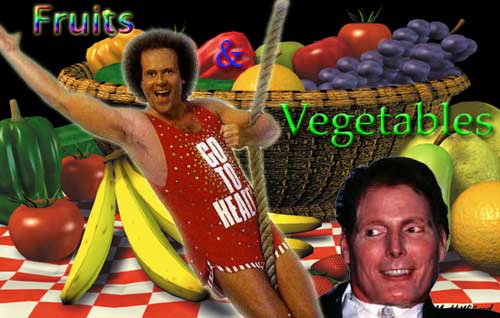 I thank the author from the bottom of my heart and wish nothing but death and suffering upon him and his loved ones. While the e-mail definitely delivered, it delivered nothing short of a deathblow to my faith in the electronic mail medium. To add insult to injury, I'm going to go ahead and stop eating fruits and vegetables now too and gradually succumb to fatal vitamin deficiencies. Please send your condolences (and goondolences) to me via postal mail.

This next image came 2480x3508 pixels and was roughly 4 times the size of my monitor. I have shrunk it down for display here, which completely destroys the value since there's nothing better than a bad image that takes a NORAD command center array of monitors to view at full, gargantuan size. 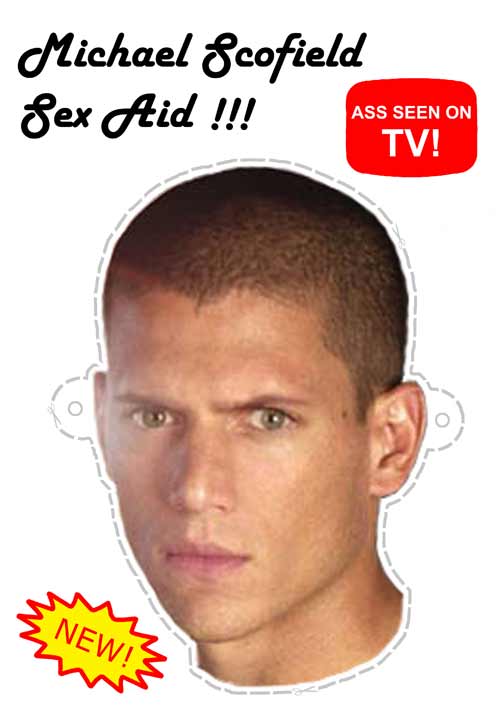 I was unable to be aided by this image sexually because I had to spend all my time scrolling around to figure out what it was, and by then my sexual drive simply puttered out like a wind-up toy after so long. Now that I've shrunken it down to match the small size of my genitals I am simply not aroused. The mystery is gone. Also I'm not entirely sure that wrapping your face in a cutout of some bad TV actor's blank stare is going to charm any ladies. If anything it will remind them of betrayal, and make them long to smash a miniature version of the Taj Mahal just like Stacy Keach did in that awful, awful show.

A reader named Chris sent me a couple images and asked some pointers. Chris, I don't have that many, but I'll try! 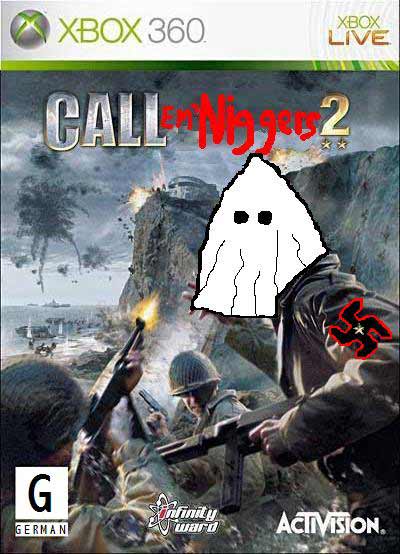 First, add some niggers. Don't tell us about the niggers – show them to us. Second, it would be really awesome if you could somehow work in Hitler and maybe a fart joke or two. Dare I say three? Great work all around. You show a tremendous amount of promise. You could easily get hired fulltime to work at Something Awful as an illustrator or maybe the guy that does the Flash Tub? I don't know, we'll figure it out. 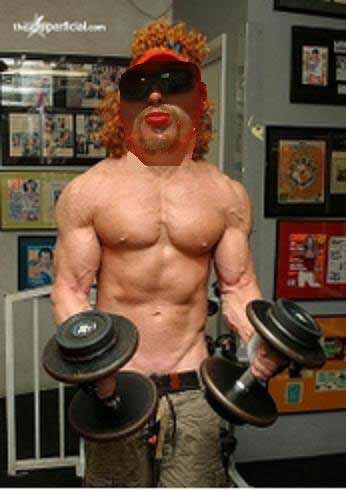 This other image from Chris is so good I can't tell what's photoshopped. I'm going to assume he made those weights bigger than they actually were? I don't know, Chris, you've got me fooled. That's the mark of a good artist.

Okay, okay, that was a lie. Chris took a disturbing picture of Carrot Top (who traded his props for steroids and weights) and pasted some ugly face on top of it. Yes, he pasted an ugly face on top of Carrot Top's ugly face. What does this accomplish? Hell if I know, but one thing is for certain: people who e-mail me have no idea how to cut and paste. Those edges are jagged enough to decapitate a rhino, which has been something of a childhood dream of mine.

Some skirt named Marcy sent me this, mentioned she made it two weeks prior, and then ended the e-mail with a frown emoticon. 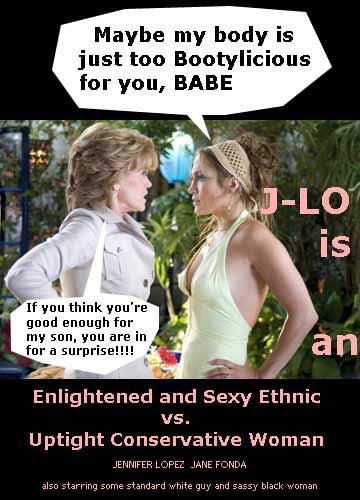 She could have saved me a lot of time and a world of hurt by simply e-mailing me the frown emoticon and nothing else. It would save me the trouble of looking in a mirror at least. This amazing picture does an amazing job deconstructing clichés and character archetypes from some amazing movie I did not see. I say amazing because I am tired of writing the word "shitty." It sure looks a lot like a movie poster, what with the razor sharp word balloons and the text rambling about the image and coming dangerously close to leaving its borders. But I guess I can understand. The image is so bad the text is trying to escape.

We've seen some bad images, but let me tell you I get some good pictures as well. Perhaps the finest is thus, sent under the subject of "Photoshop." 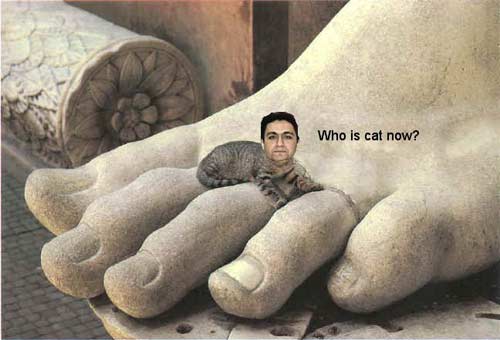 Please submit me for photoshope

I am far too happy to oblige, albeit a year or so late. Easily the picture of the century, and a fitting time to end this depressing update.