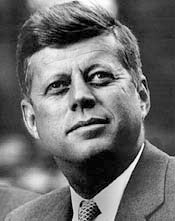 "Say your goodbyes, dear friends. I am about to embark upon my journey to God's great waiting penis. I mean arms. Waiting arms."

"Don't you worry about me, soldiers. Our dimwitted savage guide wove me this special arrow-proof vest! Good luck getting out of here alive without one, suckers. Haha."

"Man, this hurts! It does not feel good! It feels... bad! Please, have my ghost writer to come up with some gooder last words for me instead of mine."

"I'm sick of waving. A parade tomorrow too? Great. I need one of those like I need another hole in my... I dunno, swiss cheese collection."

"It's-a so cold and dark in this-a infinite void! This is-a not Heaven at all! I don't-a want to go! Hee Hee!"

"All I ask is that you honor my passing by... *urk* having people I barely knew rap over my songs and... *khaf khaf* cash in on my memory for like the next thirty years. Do this in my name... (loses consciousness momentarily) and my life will have been meaningful."

"I drank what? No, seriously, what is this hemlock of which you speak? It was pretty good. If you can put me into contact with your supplier I think we could make a fortune on this stuff."

"You've done an excellent job preparing the clones, Mortorro. I thank you for your galaxy's service, and leave you now for whatever may await me on the shores of the afterlife. Kinch' mala schaveel!"

"Woah, is that volcano active? I'm gonna fly in for a closer look. Wait, I can't! the controls are stuck! We're on a collision course with the sun!"

"You guys have to be kidding. Right in my family plot? That's the first place they'll look."

"Police Acadamy has been a great experience, but I think it's time to branch out into other creative outlets."

"No, I won't take the hat off. Oh yeah? Well maybe you should have thought about that before you bought those seats. Jackass."

"Something's behind me, you say? No... I don't see anything there. Just the wall and a picture that's sort of crooked. Oh, and a shadow that looks kinda like you, only pointing a gun. Man, shadows are weird." 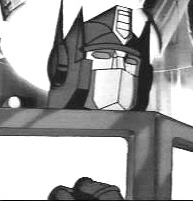 "I know the underwear are a strange shade of green, Lois, but I'll be damned if they aren't comfortable. I'm wearing them and that's that. Why does everything involving my 'area' have to be a big fight with you?"

"I'll come in to the pits on the next lap, chief. Just give me one minute. I'm going to get rid of this dragonfly on my hood once and for all."

"Relax, will you? It's just a bunch of well-dressed hunters. Let's see what they want."

"Okay, 'Step Two - While being careful to turn the safety off, make sure there is no live ammunition in the chamber before cleaning'. How the heck am I supposed to look in the barrel and push the safety in at the same time? I swear my next project is going to be a manual for this damn thing that actually makes sense."