EXPECTATIONS: I'm cautiously optimistic about this one. I know I'm the "I hate superheroes" guy, but I do have a fondness for Superman as a concept. I've always liked the original Richard Donner film, and I'm even one of the few people who actually enjoyed Superman Returns.


Every Saturday morning, as a child, I would watch The New Adventures of Superman: Dean Cain and Teri Hatcher would unravel simple plots as journalists, and then Dean Cain would spin around and turn into Superman to save the day at the end. Oh, the hilarity of Dean Cain discretely lowering his glasses to burn the lock off a safe while Hatcher's back was turned, every single week! The point is: If there's one hero who can bring a sense of optimism and lighthearted fun back to a genre that's become bogged down in mopey self-reflection lately, it's Superman.

REALITY: Children are like small, semi-formed humans. They are impressionable, constantly learning, generally carefree and they love stories of adventure and derring-do. Imagine the horror on their impish faces, then, when you sit them down to describe the horrible ordeal of Man of Steel. "Gather round, kiddywinks," you'd say, "and I'll tell you the tale of how thousands of people died and most of a city was destroyed because Superman was forced to beat some of his fellow super-powered aliens to death. Oh, and remember 9/11? That happened again, only worse. Sleep well." 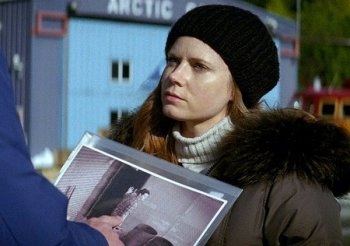 Just smile once. Go on.With the explosion of the planet Krypton imminent, forward-thinking leader Jor-El (Russell Crowe) decides to ship his newborn son Kal off to a faraway world, along with all the information of the Kryptonian bloodlines, so that Kal can perpetuate the glory of his race. However, the rebellious General Zod (Michael Shannon) is not far behind, and he kills Jor-El in his overzealous rampage. For this, he is imprisoned in a black hole, from which he loudly vows to find the infant boy no matter the cost.

Meanwhile, Kal has grown into Clark Kent (Henry Cavill) with the help of his adoptive parents (Kevin Costner and Diane Lane). He's a reclusive loner with unstoppable super powers who is searching for answers about his real parentage. When tenacious reporter Lois Lane (Amy Adams) finds an alien craft in Alaska, she also finds the reclusive Clark, who has travelled there to meet his space ghost dad and learn the truth about his potential to become Superman. In the process, he draws the attention of the now-freed General Zod.

Yes, this is another story about how the world became one superhero heavier and how he had to deal with his various daddy issues in order to overcome insurmountable odds. It seems odd that so many superhero films have followed the formula of Hulk when that is such a divisive film and it's not really a superhero film at all (in Hulk, Bruce Banner is required only to overcome his daddy issues and not to save the world in the process). Man of Steel also has a lot in common with Martin Scorsese's The Last Temptation of Christ and J.J. Abrams' Star Trek, in that it features a man who is torn between two points of heritage and doesn't know which to favour. In this case, human and Kryptonian (replace "Kryptonian" with "Vulcan" or "Divine" depending on which film you're watching.)

Of course, that could just as easily read "American and non-American," because that is where the film places its focus. Clark is an immigrant who grew up in America. "I was raised in Kansas," he insists, "I'm about as American as you can get." He's white, handsome and morally incorruptible. His Kryptonian counterparts (Zod and his lackeys) are not interested in America or its dreams. They want to turn America into Krypton (literally, and I do mean literally) and enforce a Kryptonian way of life on the corpses that remain. It's a not-too-subtle statement on American immigration, a reaffirmation of America's "melting pot" mentality overcoming the concept of multiculturalism.


It has been argued by people much more knowledgeable about comic books than I that this is a major element of what Superman has been about for a long time. Here it seems sincerely meant, especially as it presents us with an ethnically diverse supporting cast. While it might not agree with my European sensibilities, Man of Steel assures us that the American way is the right way. Americanness is good, anti-Americanness is bad. This is an understandable and, I think, fairly positive message to be giving young Americans. The problem lies in its presentation. 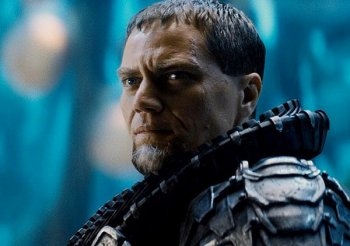 Man of Steel is arguably Zack Snyder's first non-satirical, non-self-critical film. In Watchmen, particularly, he was interested in exploring the escalation of superheroes and what would end as a self-consuming cycle of elite people changing the parameters of what is required whenever one of them goes too far. He frames these elite people in monolithic poses, they are legends, but also relics on the screen. With Man of Steel, he takes no such approach. He believes in what Superman stands for, and what it means to America. The issue is that he doesn't think it's a message to be taken lightly. Man of Steel is cruel in its brutality. The level of death and destruction on display is relentless and exhausting. I emerged from the cinema feeling like I'd been beaten.

I know summer blockbusters thrive on spectacle; it's their bread and butter. I just don't know when "spectacle" became synonymous with "devastation." When Richard Donner tackled this material, he felt it enough to have Superman fly to the rescue and use his various superpowers to save lives. With Snyder at the helm -- and I feel this is more a sign of the times than a personal reflection of his own attitudes -- an entire city needs to be leveled, skyscrapers torn down and bodies piled up in their thousands. There is no levity here, only an endless massacre. We should be cheering for Superman to save the day, not pleading with him to make it stop. Oh please, Superman, please end the misery! I can't take it anymore!

MINORITY REPORT: Thirty years ago, "You will believe a man can fly..." was enough to get us to go to the movies. Today, that sentence has to end with "...into an explosion machine and get a lot of people needlessly killed," or else audiences just don't care. I thought Superman movies were supposed to be above that level of cynicism. - Joseph "Jay Dub" Wade