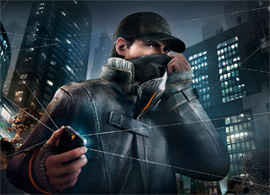 The release of Sony's highly-anticipated Playstation 4 video game console is transmitting pleasure into disintegrating brains at higher resolutions than previously possible. Children as old as 45 were waiting in line outside stores even worse than Apple stores for their chance to get one of the few PS4s not already pre-ordered.

"My body and soul are dying but I'll be thrilled to be playing Angry Birds Star Wars on the Playstation 4," said a man rocking himself against the wall of a Worst Buy Possible Ever.

"I wish Watch Dogs was a launch title," said a mossy skeleton. "These bones want to hack the system in 1080P. Best frame rate."

She added, slowly turning her head and spitting vermin, "It works."

Smog-choked rot-bodied Chinese fuckers put these shitty things together in pain pits so stinkers can throw flash bangs and yell faggot at new people in new resolutions. These games are hot. Stores can't keep these bad boys in stock. Hope you pre-ordered one of these console computers or you're going to have a fucking pointless Christmas.

"I don't care about anything," shouted one solipsist, showing his copies of Knack and Killzone Shadow Fall. "My family is dead or maybe not. I don't love anything meaningful. All I feel is pain unless I'm fragging faggots. I got to get my game on."

Despite Sony's early lead in this generation's console war, Microsoft hopes to capture big attention with next week's launch of the Xbox One. 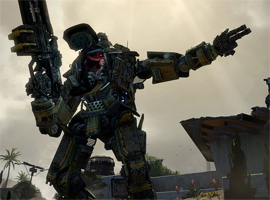 "Imagine everything you could always do, but now, you do it more and wave your arms," said somebody from Microsoft with a neck tattoo. "Yeah, I'm wearing a cabbie hat indoors. You link my ink? We don't play by the same rules as Sony."

A video game man from a video game website stood next to a display of Mountain Dew and threw his vlog to Adam Sessler but nobody cared because they were too busy playing the demo games and rocking out to a free Macklemore concert at the Times Square GameDump brought to you by Killzone and Coke Zero.

Another walking carcass of despair added, "John Madden football is amazing. This is the time to be American football. Better than the real thing."

Fans of Nintendo are shrugging and shaking their heads over these Playstation and Xbox console war antics because the Wii U is already here and it also has Angry Birds Star Wars. Mario is still here. And maybe Zelda. A sweet blanket of nostalgia for the pixel blobs of the 1980s will insulate Nintendo against reckoning with the extinction of all non-human life and the grinding multiplication of starving masses into a depleted world. 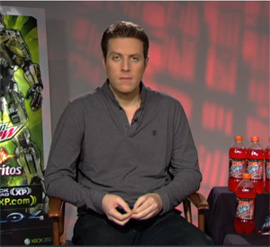 One bleary-eyed oddbody declared, "If I shuffle my scabby bulk through coitus and my offspring survives the crushing neglect of having gamer dad then maybe I can one day watch my son die in a resource war to control the last rare earth metals needed to produce the Playstation 7."

Although Sony has not yet announced plans for the Play Station 7, Treyarch has pledged five indistinguishable Call of Duty titles will ship for it.

"Ohhhh no building fall but buddy help you up," said the Treyarch PR stooge probably named Spencer. "Get on that gun. Breach the door. Satellite wobble around. Use a rope. Stay down and wait for some fucking stupid guys to walk past. Take down the one on the left! All games planned start to finish in 2004."

The Microsoft spox, now with a wicked lip ring, was quick to add, "Yeah and by then Titanfall will definitely be available for Xbox One. Freakin' scccallooossseey!"

Have we reached peak oil? Find out on Zack's Facebook.