Putting the Lord to Good Use 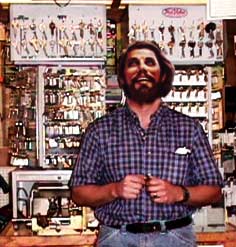 Lose your keys? Put your faith in Locksmith Jesus!We all know that Jesus Christ, Son of God, had a vast collection of super powers at his disposal. These super powers enabled him to walk the Earth solving problems and generally raising hell for the establishment. He was kind of like an olden day Michael Knight, except without a talking car sidekick. To make up for the lack of talking car sidekicks, Jesus teamed up with his overbearing father who watched him constantly. But don't think he let his old man do all the work. Jesus, the best supporting actor in the Bible, was quite the worker. Like all good superheroes, Jesus worked a real job when he wasn't out dodging bullets and giving motivational speeches to packed ancient high school auditoriums. In addition to saving souls, curing diseases, walking on water, resurrecting the dead, and coming back to life, he also worked as a carpenter. While being a carpenter is hardly as cool as working for the Daily Planet or the news media in general like many other heroes do, it's what Jesus was best at. Besides, he already knew that the Jews controlled the media. I'm not sure what Jesus built, but I imagine it was probably patio decks and things like that. You can bet your soul he was the best damn carpenter ever, too. Unfortunately, much like The Humungus from "The Road Warrior," Jesus' life was cut short thanks to rogue cop Max Rockatansky. Just kidding, Jesus was crucified! Like Abraham Lincoln, he died for our sins.

The general consensus of most Christians is that Jesus is just resting and that he plans to return for a massive world tour, or perhaps just a North American and European tour. The date hasn't been set, but you know how heroes are. Once Jesus is back, his old jobs of being a carpenter and professional magician simply aren't going to cut it. Sure, he could probably do a show in Las Vegas where he builds a set of furniture and then transforms that furniture into an olive tree bearing delicious olives, but Jesus is too dynamic a man to settle for simple stage show theatrics. Paradoxically, Jesus is also humble, so he won't settle for anything too fancy. With that in mind, I've decided to come up with a variety of new jobs our beloved Messiah could take on should he ever return from his heavenly sabbatical. People who have taken the time to read some of my past articles will be delighted to know that I am already destined to spend an eternity burning in Hell, which is one of the reasons why I have no problems belittling the son of the most powerful being in the universe this side of Xenu. 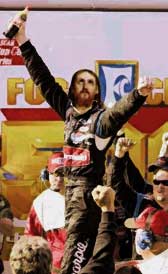 Jesus Christ: Card Shark
One of the most popular tall tales relating to Jesus is about the time when he converted water into wine. Sure, Jesus could come back and score major points with everyone by converting two thirds of the world's surface into alcohol, but that's hardly his style. The actual powers of converting one thing to another have virtually limitless applications. The most logical of which is cheating at cards. Jesus could easily carve out an honest living cheating all kinds of people out of money at games like poker and blackjack. Oh no, Jesus is dealt a bad hand of cards! No problem, he can just magically substitute his bad cards for good ones. No one will ever know, and if they do they aren't going to tell because it will be their word against His Word. Plus he could make comments like, "You might say these cards are miraculous!" Of course that's sort of a shady lifestyle for a good guy, so he could just donate a portion of his earnings to charity and make it all right in the end.

Jesus Christ: Unorthodox Locksmith
Using the same logic as the card shark career choice, Jesus could also choose to be helpful to those who have lost or misplaced their car or house keys. Using random items such as rocks, a copy of a sports almanac from the future, or a small, useless child as a base, Jesus could then substitute these things for your missing keys. His services would probably be pretty popular, so he's almost sure to make a killing! I know I've misplaced my keys plenty of times and wished to God that I'd be able to find them. Finally, an answer to all of our prayers!

Jesus Christ: Nascar Racer
If there is one universal trait I've noticed about Nascar fans, it's that they usually have a strong love for Jesus that's rivaled only by their strong love for the colorful and elegantly mustached rednecks that like to drive fast cars in a circular fashion for hours on end. If Jesus were to become a Nascar driver, his fan base would explode like a piñata filled with grenades, dynamite, and napalm Tootsie Rolls. As an added bonus, most Nascar fans have both a shrine dedicated to their favorite racer (usually consisting of collector's plates and pictures purchased at K-mart) and one dedicated to Jesus (usually consisting of collector's plates and pictures purchased at K-mart). The combination of Jesus and fast cars means that many will be able to condense their shrines and save much needed trailer space.

Jesus Christ: Traffic Reporter
Jesus is a benevolent man who desires primarily to help others. In today's hustle and bustle world of constant commuting, one of the best ways to help people is to offer hot traffic tips. From a helicopter high in the sky, Jesus could watch down and report travel times and road conditions. Jesus above all others exemplifies the tenets of good traffic reporting. He sees things as they are, doesn't sugarcoat anything, and gets involved. You just know that if there's a wreck, he's going to resurrect or heal the victims. Or, if the traffic gets heavy, he'll bless us with extra lanes. Don't have exact change at the tollbooth? It's a miracle because now you do! Thanks Traffic Reporter Jesus, my radio dial has faith in you!

Jesus Christ: Lifeguard
We all know that Jesus is so incredibly buoyant that he not only floats, he floats above the surface of the water. This would give him great leverage in the world of water safety. If a child starts to drown, Jesus doesn't have to worry about swimming out to rescue the poor kid. Instead, he merely has to jog out and tug the child above the waterline and into the inviting arms of Sweet Lady Oxygen. Those other super powers of his would come in handy, too. If he ever gets distracted, say he sees some lowly person bearing false witness and completely misses the chance to save someone, he can just cop out and resurrect them once they wash ashore. With his powers, Jesus doesn't exactly have to be a proactive lifeguard. And hey, he can let kids play Frisbee with his halo.

Jesus Christ: Forensic Pathologist
In many ways Jesus Christ embodies the spirit of justice. With that being said, he'd make a damn fine forensic pathologist. Who better to answer the cryptic riddles of the deceased than a man who can undo death? The best answers you can get are most likely from the victims, anyway. Using those divine defibrillator hands of his, he could raise the dead, ask them how they died, and then solve the case. On top of that, the victims are alive and kicking again. That's not just justice, that's justice to the tenth power.

Jesus Christ: Robe Model
As a historical figure, Jesus helped define the robe style. Since he first set the trend, every self-respecting religious or almost-religious leader has purchased a really good robe. Gandhi? He wore a robe. The Dalai Llama? Yeah, him too. But Jesus was doing it before them all. After 2000 years, it's time for a style update. The only man capable of turning the world of robe fashion on its ears is the man who started it all. Forget the old testament of robe fashion; it's time for a new testament! If looks could kill, Jesus would knock you to the floor and send you to heaven with a smile.

Our Lord and Savior sure does have a lot of options open should he ever come home to this island Earth. Let's hope he does because if he takes on any of these jobs, people are sure to reap the many benefits. Sadly, if he does return, it won't be until we've embarrassed the holy heck out of ourselves. The good news is that we're already doing a damn fine job of that with the help of the Anti-Christ, our friend the Internet. Feel free to help speed up the process by writing fan fiction about Sergeant Slaughter getting it on with Skeletor while He-Man tackles Cobra Commander in bed. We may as well acknowledge and celebrate the fact we're going down the toilet by doing it with class and dignity!

Love So Raw It Could Only Come From the Backyard

In a gripping plot twist unlike anything you've ever seen, the dead and buried Backyard Love Column has come back to haunt the living! Get ready to see what happens when your favorite backyard wrestlers go mono a mono with the toughest foe of all: love. 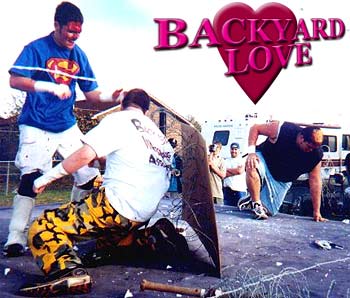 Step into the squared circle and READ.