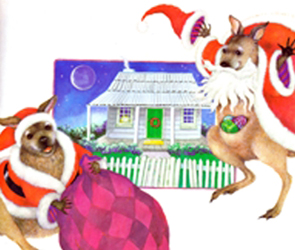 The jubilant animals started imitating and mocking Santa at Christmas time, donning miniature replications of his robe in macabre celebration of their vanquished oppressor. 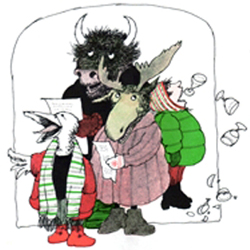 The brutes also performed songs about their conquered master, alongside human oddities, such as a child who swallowed wineglasses whole before belching them out in cascading arcs. 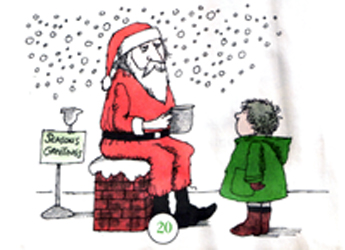 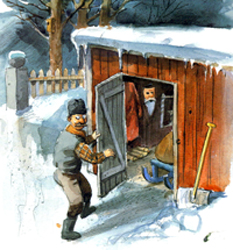 However, their triumph was short-lived, because copycat criminals arose to occupy Santa's subtly blood-drenched suit. Raving derelicts donned his wares on street corners, and one sociopath even created a ghoulish mold of Santa's lifeless face and hung it as a mask in his inglorious tool shed. 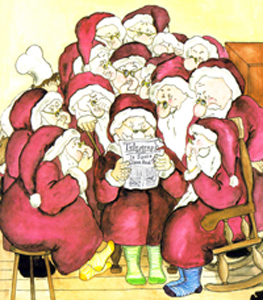 These nuisances were nothing compared to the freshly generated Santas, which began to emerge from a Facility. To this day, many of these infernal clones roam the human realm.

Your mission, until date 012/025 completes its duration, is to disguise yourself as Santa Claus to boost the morale of those you're rescuing and win the trust of your enemies. Identify yourself as the "one true Santa," and terminate any doppelgangers you see, especially those making the same claim. Reveal nothing of what you've learned to any humans, but divulge your identity as a disguised hero to animals, in order to win them as allies. Godspeed, Stevie.