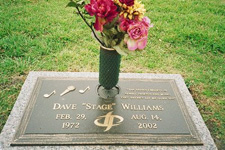 While the camera crew camps out next to Drowning Pool singer Dave Williams' tombstone, an unruly mob appears and threatens to kill thousands of people, throwing the entire state into chaos. Once the following commercial break concludes, it is revealed they are actually a group of people attending a nearby funeral. Some scantily clad women with visible STDs surround Williams' final resting place, which the crew dismisses as a groupie vigil.

However, the women soon reveal themselves as cast memebrs of Celebrity Corpse, a rival reality show in which sixteen bachelorettes compete for the opportunity to "spend eternity" with a deceased rock star. The previously eliminated women help shove winner Mollee into the casket with Williams' mottled bones, after which the coffin is launched into orbit while Drowning Pool's "Soldiers" plays in the background.

Blonde bombshell Katie flies off the handle when she can't find her g-string for the "Country Crock Photo Spread," resulting in a second black eye for her mother. Nicki's mom has a nervous breakdown after learning her three-year old daughter will be disqualified from the Young Hustler Pageant due to violating the contest's "visible vagina" rules. Trisha announces her intentions to marry her father, but is rebuked. Missy, Tishy, and Aubrey have an enchanting conversation about the Doodlebops and which judge they'd like to nap with.

Friction is in the kitchen when the competing chefs must prepare a steak dinner without measuring a single ingredient or quoting from Wikipedia. Tony is disqualified after spending 28 minutes trying to psychically communicate with the oven. Chefs compete to be picked last in the lightning round, all refusing to respond to their names when called. Rodger throws his blender at a poster of Charles Barkley when the 60-minute timer goes off two seconds late. Charlie complains his potatoes are "too loud to cook." A fight nearly breaks out once the chefs begin estimating whose body contains the most atoms. The show is temporarily suspended when Todd insists on counting all the change in the crews' pockets. 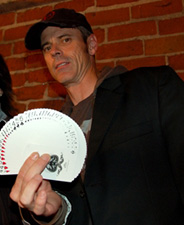 The director of the Asylum production Pellham 124 runs into difficulties when his lead refuses to wear the praying mantis costume critical for "plot development." Mark begins casting for G.I. Jon, landing roles for Serpent Commander, Luke, and Storm Silhouette. In a stunning development, the entire cast and crew of Iron Manager drops out of production because "dad won't let them drive the car." Steven suspends production of Harry Porter: The Half Brood Price after scientists link gratuitous lens flares with colon cancer. Contestants are shocked by the surprise appearance of C. Thomas Howell, who dazzles and delights them with magic tricks, all of which cause pieces of their film equipment to disappear. 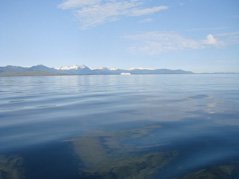 The cast and crew of the USS Stagnant finds themselves in heavily charted territory once they sail into the exact same location they've visited every previous episode. Captain Buck Walltrop cooly remarks, "these waters are calm... a little bit TOO CALM." The music gets all dramatic and the show cuts to commercial. When it returns, Buck is standing in the exact same position, explaining how lucky they were to escape the calm waters in one piece. The following 41 minutes consist of silent, nearly motionless footage, after which the narrator reappears to say "well, I guess it was just the right amount of calm after all."