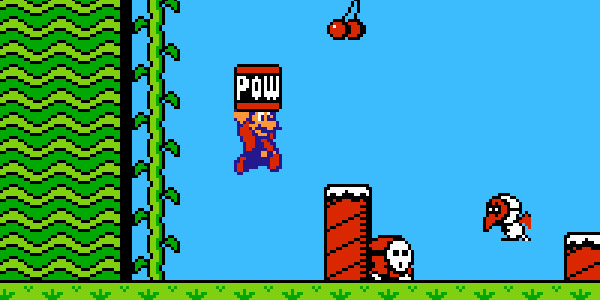 What a sequel! Even if Super Mario Bros. 2 deviated so much from the original Super Mario's mechanics, nearly every Nintendo fan will agree it's a funtastic experience. In this one, Mario and the gang leave the bouncy surroundings of the Mushroom Kingdom behind for a journey to a trippy world full of flying carpets, Birdos, and even masks that fly after you in a terrifying chase! But the biggest change definitely has to be the fact that you now crush your opponents with throwables instead of hopping and bopping on their heads. Thankfully, I had plenty of Mario 2 practice when my prostrate dad asked me to bring a nearby rock down on his skull to end his suffering when he claimed his blood was "mostly poison." If only the nefarious Wart went down so easily!