If you pay close attention you'll notice that the camera never cuts. The entire experience is a single take, a remarkable achievement. What a wonderful nod to Dungeon Siege."

"Mark my words: There will never be a better video game than God of War.

No matter what may come, no matter how many technical and creative hills this industry may crest to look out upon fruitful fields of infinite possibilities beyond, no video game will be better than God of War. It is simply perfection.

You can kill guys and be a father."

"Video games finally have their Citizen Kane, and it is the seventh God of War. This is a transcendent experience that makes me weep for what might have been, had Orson Welles been given the opportunity to flesh out the Citizen Kane franchise with five mediocre sequels before creating a transcendent Citizen Kane 7.

It will blow you away." 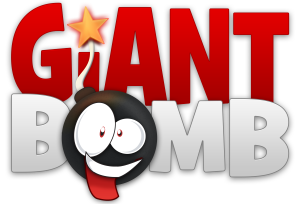 "This game has changed the course of my life. Nothing will ever be the same. I am honored, humbled, to have played it.

I could describe every part of the game with a positive adjective. Amazing. Visceral. Stunning. God of War is a bold, thrilling, confident vision of stunning visceral spectacular."

"I wept. Tears of joy, tears of amazement. Tears from simply being overwhelmed by the majesty of it all. And then I opened the game's case and put the disc in my PS4.

This game invalidates all previous installments of the God of War franchise. More than that, it renders all previous video games worthless. They're fucking trash. I am beyond angry that I wasted my time on any of them. I'M LIVID.

ALL THIS TIME WASTED GOD"

(utter gibberish, the writer trying to type as their body trembles and twitches in an hours-long orgasm)