Being the World's Greatest Songwriter Is a Living Hell

I'm Max Martin. You may not have heard of me, but you've definitely heard my music. I'm the Swedish songwriter behind "Baby One More Time," "I Kissed A Girl," "Can't Feel My Face" and pretty much every hit single of the last twenty years. I have three Grammys, nine ASCAP awards, and a whole Monopoly board's worth of mansions. And I'd trade it all away in a heartbeat.

Ask any professional artist or athlete and they'll tell you that great talent comes at a price. For some, it's the years of hard work spent honing that talent. For others, it's the isolation they feel from ordinary people. And for a few, like me, it's the talent itself. An incredible ear for melody like mine isn't a gift, it's a horrible curse I wouldn't wish upon anyone.

I know what you're thinking: listen to this rich guy whine about making millions writing hit songs for the world's biggest pop stars. Well, first of all, I don't write the songs, they just come to me. Constantly. Whether I want them to or not. I'll be doing some everyday task like cooking spaghetti and suddenly that'll be a song, with lyrics, a hook, a bridge and everything. Do you know how hard it is to do even the most basic activities when fully formed songs about them keep popping into your head? "Since U Been Gone" was originally about folding laundry. 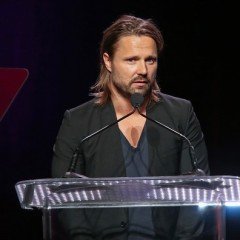 And if you think it's bad having a song stuck in your head, try having nothing but your own songs stuck in your head 24/7. It's like being on an all-Big-Mac diet when you work at McDonald's. It's endless mental incest. I don't have earworms, I have earoboroses. I'd listen to other music but, uh, what other music? I've written literally every good song since 1998, so music basically ended for me with Korn.

Come on, Max, you're saying, you must enjoy your own songs at least a little. Nope. No matter how catchy a song I write, it's just white noise to me. And believe me, I've written some catchy ones, songs I can't even release because anyone who heard them would just play them on repeat and lose all interest in other activities until they died of dehydration. The reason I collaborate with so many artists is because I'm always on the move. The CIA and FSB want those songs. I never sleep in the same place twice and keep a cyanide capsule on me at all times. If those songs fell into the wrong hands, it could turn millions of people into drooling zombies. And that's assuming whoever recorded them didn't add a rap verse in the middle. Then it'd be more like something out of Scanners.

So do me a favor: the next time you hear one of my songs on the radio, or even one of the five songs on the radio that aren't mine, don't scoff at it for not being serious music. There's a reason all pop songs sound familiar, and it's not because they all use the same four chords and millennial whoop. It's because they speak to the heart of human suffering. Behind the playful lyrics and seductive grooves is a soul in abject pain the rest of the world has never known, and I pray it never will.