Editor's Note: Due to a freak power outage, this obituary of Barbara Bush was written without the benefit of research. In order to pay our respects to this great woman in a timely fashion, we have decided to post this piece as-is. We hope you forgive any errors on our part. 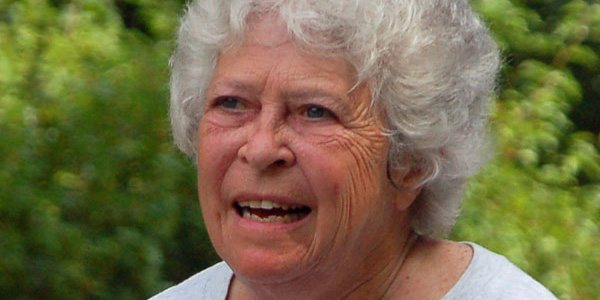 Boy, Barbara Bush, huh? What can you even say about Barbara Bush? Surely enough to meet a minimum 500-word requirement. Well, number one: she was married to George H.W. Bush, who was President in I think the late '80s? That sounds right. Being the wife of a President, or "First Lady," is how most people would know Mrs. Bush, but she was probably a whole lot more. I mean, I never met her or anything, but I bet she had hobbies and favorite TV shows or whatever. But don't quote me on that.

Barbara Bush was born a very, very long time ago in the 20th century in a little country we like to call "America." Little Barbara was like most children her age back then: small, constantly photographed in black and white, and completely unaware of the wonders the Internet would bring to the world. Even at an early age, she presumably always dreamed of being a President's wife, and she would go on to do just that when her husband beat the other guy before Clinton took over.

Let's see, she was really old even in the '90s, so I guess it's safe to say she was an adult during World War II? And that's how she met her future husband (and future President) George H.W. Bush, as they both shared a similar hatred of Adolf Hitler. War split the two up, and George became a certified war hero even though he would only jump out of the plane on his birthday. After returning from overseas, George and Barbara started a family, and soon Jeb Bush and George W. Bush entered the world, along with some other children who were never President or never ran for President.

A whole bunch of years passed, and Barbara found herself to be one of less than 50 total First Ladies. Wow! I don't know if we called her "America's Grandma" back then, but I think you'll agree that's a pretty good nickname and it should have happened even if it didn't. Though her political powers were limited as America's Grandma, that didn't stop her from showing up at a lot of libraries for some reason, and also some hospitals. And hey, remember when George Bush threw up on the Japanese Prime Minister? I'm sure she had something pretty funny to say about that. I bet someone even wrote it down.

Like all super old people, Mrs. Bush's health eventually failed her, though she never left her husband's side. (That's not a joke about him being in a wheelchair BTW.) She passed away peacefully from complications of being too old, and will be remembered forever as a mom, a wife, the wife of a President, a nice lady, a grandma, and, most importantly, America's Grandma. She will go on to join her husband in heaven if he's also dead. If he's not then he's probably too old to even know what's going on anymore.