SUBJ: HOW ARE THOSE RESOLUTIONS COMIN???

HELLO from dear old dad!!!!!!!!!!!!!!!! Well Well I dont know about you but I have already solved 1/3 of my New Year Resolutions.... Getting on the radio.. Tune in to Pigpulse radio show for Pig farmers and enthusiasts every weekday at 3:30 am "Feel The Pulse" .... lightning crack!!! We're talking pigs Listen every morning in January for chances to win a tour of the studio and learn the Pig Hold for free. Only a few lucky ladies will be chosen so dress for success!!! Tomorrows show topic: Did You Know That Pig Flesh And Human Flesh Are About The Same? Well Now You Do So Lets Talk About It and second half is Open Mic Pig Chaw where we "chew" the fat on pigs. Pig stories our most popular segment it is a 2 hour show, A wonderful feeling to pop out of the listeners speakers every morning and give them kind words and disappear in a buff of smoke.

the third week of my show the boss came in and gave me a candelabra that says PASSIONATE MAN on the base probably because i'm Passionate first and a man second so passionate man. He said nobody was ever showed such a Passion for Pigs. Well hes right and wrong I'm Passionate about dreams/future and FarmRadio but i have to say that i feel like Piggin isnt for me ultimately. When/if i die its going to be in a big mansion with my butler and he is going to be reading all my best quotes out loud for everyone i know when they watch me die (only if I die from diseases and not in the heat of battle or Crimes of Passion)

Last Friday i ate a whole bunch of smoked oysters and fell asleep watching some people play Keno and i dreamed about Hollywood and making it big in the Big City so i started jotting down ideas and im working on some Home Improvement Revisited episodes check it out and let me know what you think (Would You And Yours Watch Them Around the Fire) tim taylor goes through time and becomes Time Taylor i wrote most of it down: 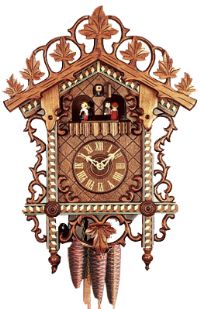 PLOT SYNOPSIS Wilson was building a cuckoo clock and tim said it needed "more power" so he hooked a car battery up to it and began travelling through time (grunt echos when Time Travel is happening wavy features from TimTaylors face in concentric rings pulsing and making objects in the house rattle and Wilsons hat fly off and Jill Taylor ages in reverse somehow to become Hott E. Stuff a supermodel and the boys get machetes)

EPIsode 1 time taylor met mr. binford as a baby and gave him his first socket wrench episode 2 he builds the ark episode 3 he must figure out how to get back in time for tool time episode 4 time taylor must wear sunglasses when hes not in his normal time period because if he looks around without sunglasses on he gets stuck in that time period episode 5 tim "time" taylor meets george washginton carver and they sit on the backyard deck swapping stories "emmy nominated ep" episode 6 time taylor invents the car.... then another car episode 7 time taylor takes it to the hoop in this old time basketball episode. "give up the rock!!!" did a man just hit tims special glasses off...? episode 8 thanksgiving epsidode tim tracks the holiday turkey through the timeline thats pretty much all i could fit on the napkins

I have been taking photos of cats about town because there are a lot these days Bythe way I am having problems attaching the photos i cant find them on my computer but just so you know their names are GROGGY_CAT.jpg GROGGY_CAT_IN_NIGHT.jpg PLUMP_CAT_WAKE_UP.jpg and CAT_PUZZLER.jpg i will send them later GOODBYE!!!!!!!!!!!!!!!!!!!!!!!!!!!!!!!!!!!!!!!DAD