Hey everybody, great news on another great haul from Operation North Star. Canadian Communists and Unfolder sympathizers along the border have been causing a real ruckus, but the brave Federal Wardens working in the field have brought in some villains.

These scum have been interfering with communications along the border, pirate broadcasting, offering aid and comfort to the Unfolders, collaborating with our foreign enemies, and inciting violence against our brave troops. These pieces of garbage are even responsible for heinous acts of futile violence against the Host of Angels sent to this earth by Our Creator to deal a crushing blow to all enemies of the righteous.

Needless to say, these dirtbags have received some of the harshest punishments I've seen in a long time. The screams were so loud I had to wear earplugs. Or were those for the drills? Ha! We look forward to bringing you each moment of their punishment. 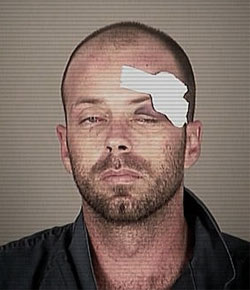 Minister Granite's Comments: Oooh golly, this little boy was a real tough nut to crack. Him and his French Canadian pals were up near the border in a clearly marked Area Bleed Exclusionary Zone running insane broadcasts out of some old TV station. Luckily, our containment equipment was fuzzing up their broadcast, so the Detroit metro area was out of their reach.

Francois was the leader of the group and he took 14 hours and over 9 injections of Quazapol and Clortrimapan to spill the beans. Of course, his buddies ratted him out much earlier, so knowing what buttons to push was easy. And what buttons we pushed! Minister Carcassi and his team were very thorough. The interrogation outtakes are not for the timid! Execution was by catastrophic depressurization in Ol' Poppy.