Subj: IM OUT OF COMMISSION...

HELLO!!!! i feel i should write you because i am now out of commission and have lots of time to write you!! i hurt my foot playing bocce ball and networking with big business partners. now i am laid up in bed a bit like the time i was watching your mother do her hooty dance and i turned my head while i was taking a drink of water and this action made my adam's apple flip around to the other side and the guy at the hospital told us to leave because he said that cant happen and we were playing with the water cooler paper cones (FAKE BOOB CONES.. we brought some home for your birthday party such a hoot)

while laid up in order to make money i have bought a book called Programming iPhone Apps. i am designing an app called SNAKE IN THE TOILET it is meant to simulate having a snake in the toilet and what you would do (call the police, put on a boot and try to step on its head, ignore it, bargain with it, etc) i think i am about to strike it rich on that front

on the other front however i have been playing Bocce Ball in the park and met my newest business partner Ross Beanis. He is a wealthy man with a eye for details and a bigtime entrepreneur. He loves my voice and got me to do radio commercials for all of his businesses and more. He drives a brand new chrysler pit cruiser and listens to my input for the commercials. For example....

Oh yeah!!! Recession left you feeling dirty? Call Ross "The Carpet Boss" Beanis. He will "fire" dirt from your rug and "lay off" pet dander and allergens. 1-800-BEAN-MAN 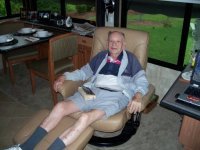 Do You Got A Bad Pet. Let ross the Pet Boss Beanis come over and yell at your pets * vid clip plays of Ross Beanis shouting "shape up or ship out" at a running cat* His System is the best it beats the rest put him to the pet test. Ross Beanis Yell At Your Pet.com

This one is for a secret project a personals ad.

Ross The Pit Boss Beanis wants to clean your pits up. Lick up them arm pits. His bald head gyrating around your chest from pit to pit, getting wet and wild with his bald head spit. Ross Beanis lick your pitts

This is the best one it had wooshing sounds with my voice.

Pump the math up. Do faster math on the net and at work or play with pump beanis technology. Invented by dr. ross beanis it makes all your math fast. only buy computers that say Pumpy Beanis on the sticker from now on if you want to do your math right. Pumpy Beanis Computers

I have much more planned in the days ahead and i will send you a western union telegram telling you if i am rich yet or if i need some more money. GOODBY!!!!!!!!!!!!!!!