Subj: DAD BACK ON THE ROAD

RAN OVER A BRA IN THE ROAD.... sorry if that is alarming to you but it happened and I cant change history!!! Dont tell your mother I couldnt avoid it. it was a large bra. 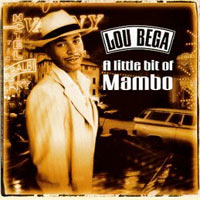 This is a somewhat somber time of year for your dear old dad and as such I think its important for me to make things change for the better. I do not know if you got my voice mails but I got a hot new ride. No not the convertible I was dreaming of for 30 some years. i got a rental car because i was tired of that hitch hiking hootchie hoo. They like to play it up on tv and make it so only the cool and those being chased by someone are hikers but the truth is none of these people ever got stuck in a car with a lady who loves Lou bega and "car"omatherapy.

Have you ever been following behind a horse trailer and felt a bond with the horse. Maybe you are staring into its eyes and it looks back at you and you feel like you are old souls like maybe this used to be your horse in ancient greece or your best friend in the 1920s and maybe you guys did crimes together secretly and shared that bond and then you keep looking at the horse and realize it just looks a little like your old mailman and thats where you're getting this whole thing from. it's pretty bogus but it just killed like 50 minutes of drive time

I think i am allergic to the way this car smells. Its even worse than the Lou Bega lady. Speaking of that remember the time we got that potpourri at Big Lots and then grandpa came over and his face got really puffy because he was allergic to it so we drove way out to the country to get some air and we stuck around for a couple hours and let the dog eat field mice then we got home and the dog got sick and threw up mostly whole mice and potpourri which made grandpas whole head and neck puff up again.. he almost had to sleep outside because nobody could clean it up well enough for him to come back in 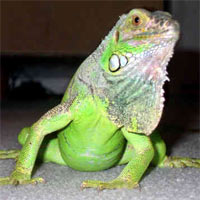 Speaking of cleaning up well enough, remember that iguana one of your friends gave you back when you were little?? You all ended up taking it under the house and it got away. Then a few hours later his folks called our house and the husband screamed like a dying teenager about it?? That thing couldnt have cost much it was dumb as a rock and acted and smelled like a slowly creeping toilet that sleeps on top of your stereo speakers. Big deal !!!

Speaking of lizards also I never told you this but the reason I did not raise you to believe in Santa Claus is because when you were 1 or 2 years old I tried to pretend to come down the chimney in a santa suit so I hid in the fireplace and had your mother bring you into the room and then I was supposed to climb out but a fireplace lizard family crawled into my fake beard and one of them was about the size and weight of an uncooked hot dog so it was a little serious. 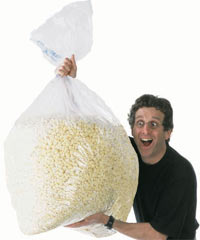 A similar event happened on a 4th of July in the early 90s that also traumatized me. A local radio station ran a contest where the winner would get to wear a huge shirt that was many sizes too big and the inside of it would get slowly filled with warm, buttery, air-popped popcorn. not only that but you know who would help you eat it out of your shirt?? A handful of hot babes from the local Hooters and the teacher of the year from the high school for girls downtown. Not only did they not want any of my chest popcorn but they also acted very rude at me when I tried to get them to eat it every time I asked. They didnt understand that the shirt was so hot because the popcorn was coming right out of the machine and i could understand if they didn't want a piece that was right next to a pit but most of it had not come in contact with my smell zones. The only small amount of comfort came when the seagulls started coming and picking out the popcorn a tiny bit at a time but then the fireworks started and scared them all off