The Problem With Super Paper Mario

The Problem With Super Paper Mario 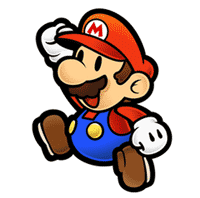 In Paper Mario RPG and Paper Mario: The Thousand Year Door, Nintendo combined the Mario universe, platforming and rpg elements, and an appealing "2D paper-cutout" art style to make a pair of terrific games. After spending time with the more platform-centric Super Paper Mario that comes out next week, I'm beginning to get the feeling that they pushed the whole "paper" aspect just a little bit too far this time around.

Things start off simple enough. Mario wakes up in his bed (an oversized notebook in which he sleeps between two of the middle-most pages) and brushes his teeth with an eraser. So far so good.

At this point, Peach knocks on Mario's door, but when he opens it to greet her she is blown away by the wind. Just in case we don't understand how this could happen, she yells "AHH I'm paper!" and folds into the shape of a paper airplane as she sails away.

Thus begins the adventure. After traveling no more than ten steps, you encounter the first power-up in a seemingly innocent question mark block: the Fire Flower. One press of a button later, and Mario is shooting a fireball out of his hand just like old times, only this time around his paper hand catches fire. In seconds the small blaze spreads into an inferno that engulfs and consumes the world's most beloved plumber.

It only gets worse from there. There's the water level, where you lose all control as the current takes you where it pleases until you eventually tear apart in soggy shreds. The horrific papercuts that your butt-stomps inflict on enemies. The new toilet paper Mud Monster characters. Paperboy, the paperboy that's actually made of paper. The level that's just the word "PAPER", which itself is composed entirely of bricks.

On the plus side, I've yet to finish the game so there's a chance the game will redeem itself. Look for an in-depth one sentence review in the next installment of Video Game Article. 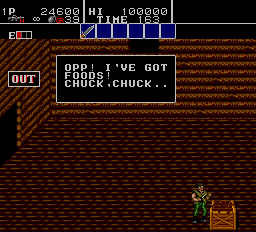 Brian Lara International Cricket
They did a great job with the wickets and jaffas (or corkers, if you will), but the brickshambles and hominyflaps are a little disappointing for die-hard cricket blikniggets like me. 7/10

Guitar Hero II
A vast improvement to the PS2 version thanks to the Xbox 360's dedicated "playing a plastic guitar in your underwear" processing core. 9/10

Cooking Mama: Cook Off
The intuitive and fun controls from the DS version have been chopped off with a dull butter knife, leaving us with nothing much to work with but our puzzling mother issues. 6/10

Medal Of Honor: Vanguard
Jokes about run-of-the-mill WW2 shooters are old hat and there's nothing noteworthy to make fun of, so can everyone do me a favor and seriously just stop making these games? 4/10

Command & Conquer 3: Tiberium Wars
The triumphant return of FMV and, if we're all lucky, the precursor to "Make My Video: C&C Music Factory 2". 9/10

Silverfall
Some truly fun skill trees to play with if you can get past the plot points, which are as inevitable and enjoyable as a broken left mouse button in an action-rpg. 7/10

The Mark
If I just said "it really misses the mark" that would be lame, but this miserable piece of shit doesn't deserve better. 1/10

The Elder Scrolls IV: Shivering Isles
A great addition to Oblivion, and changing every NPC's dialogue to "Brrr, I sure am cold!" is actually sort of an improvement. 8/10

Sherlock Holmes: The Awakened
I hope that the developers behind the Madden series are reading, because this is further roof that Cthulhu can work with any franchise. 8/10

Silent Hunter: Wolves Of The Pacific
The most fun you'll have with water on your computer, assuming you're not in the Skinnydipping Programmers' Society. 8/10

Shining Force EXA
With 30+ hours of doing nothing but mashing the X button, this game had to be backed by the arthritic treatment industry. 6/10

Full Auto 2: Battlelines
Includes everything that made the console installments of this series suck but leaves out the ability to rewind after an accident, which was the only remotely interesting feature. 1/10

Rocky Balboa
They got everything right, except for the boxing. 4/10

Honeycomb Beat
Just when you thought every possible stupid object had been used in a puzzle game, someone had to go and prove you wrong. 6/10

Steel Horizon
The least fun you'll have with water on your DS, assuming you're not in the Dunk Your DS In Standing Water Society. 2/10

Lost In Blue 2
To get the effect of playing Lost In Blue 2 you could make yourself walk around your house a few times, shower, take a nap, eat and then drink each time you want to play your DS, and then only play the original Lost In Blue for one minute before starting the process all over again. 4/10

Major League Baseball 2K7
Once you get past the butt-ugly graphics, unresponsive controls, lack of a season mode and the fact that there is only one character model and stadium, you'll appreciate the good points, like the fact that the game's case does a really good job of holding the game inside of it. 0/10