Grettings from your roamin dad!!!!!!! still on the road... my car died somewhere don't remember where so I pushed it into a ditch and started hitch hikin. Not much to do when you're hikin with a 60 year old redneck woman who wont stop talking about how they just mangled her hootyhole / uterus with a surgery and whatnot. suposedly she found a little piece from the surgery that looked like one of those little baby corn cobs you get in a salad so she stuck it back up there and now shes bleeding out of it and no sign of the babycorn. i dont even know this woman and 15 min into it she was telling me about her lady problems and the crud going on and I was sitting there frozen because remember silence of the lambs when that guy could smell all of jodie foster's business through her clothes and all that?? well its possible that i am becoming him. she started coughin a lot at one point and then the stink started and although i have never smelled such a thing my body instinct tells me i am smelling a name brand month-ripe cooter infection. i think the coughing fit released some infectosludge particles out into the common air supply.

ANYWAY that is not why I am writing. I am still on the road though not by my own power. I am relying on the ancient American tradition of getting what you want by being charming and much stronger than the other person. I am not sure where we are at the moment but I would imagine that we have only made it about 90 miles so far today, We stopped the car about 4 times already to go work out and to pick ant-filled cherries as well as almost go off the highway to some cat festival because some famous cats will be at it. she asked if i wanted to go so rather than put up a fight i just told her that i am dying in 4 days and we can spend the next 2 and a half of them at her cat party, sure. thenshe stopped wanting to go to the stupid cat thing. 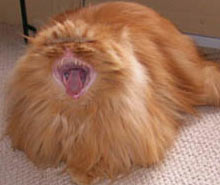 Speaking of cats, remember that one that would keep comin around and was tearing up our garbage bags week after week? You know what we did with that one, right? We invited the Latino family from down the street over and told them that the cat outside tearing up the garbage was a gift to their son for being a great guy so they went outside and picked it up and tried to leave. Then the neighbors came out and started yelling that it was theirs so the family yelled back and while all this was going on we stole so many dishes from both of their houses.

The only other good one I can think of was the time we were at Pizza Town and everyone kept challenging everyone else to another slice and we all must have had two dozen slices each, remember that? And Remember how sick we all were for so many days afterward? And the gas leak or whatever when they came and fix it? I don't remember that much because I slept for so many days but my beard wasnt growing and when I realized this I jumped out of bed and ended up beating up your mother's brother for shaving me while I was asleep even though he wasnt doing it (but i had a dream he was doing it)

I have been eating nothing but gogurts since I got in this womans car and most of them were warm until i figured out that I could hold them up to the air conditioner for about 20 minutes at a time and have them be a little cold. Do you remember when you fed me a bowl of mayonnaise..??? 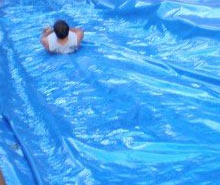 The sun is starting to set now. What beautiful splendor. I recall the slip and slide I bought you kids one summer andthe time i slid down it and because of my advanced dad weight i kept sliding across the grass and ended up sliding under the car and banged my head which left me screaming underneath the car for what seemed like hours, my dear family paralyzed with fear by my primal scream. The sun began to set that day and i watched it while flailing under the car, knowing the scorpions that lived behind the patio would be out soon, but i was unable to focus on a goal due to the extraordinary headpain. I only remember some cops pulling me out and they were screaming too because I was covered in scorpions by the time they got there

Which in-law was it who kept trying to tell us that cubes were a real shape or whatever that was?? he kept saying he was a teacher and the entire weekend he kept saying over and over that cubes were shapes and i wasnt having any of it. I am trying to remember where we were because if he lives around here I might be able to sleep in a warm bed as long as he doesnt remember the cube thing or that I got sick in his clothes dryer right before we left. 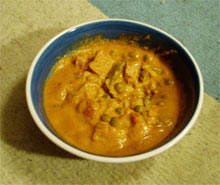 Speaking of Getting Sick do you remember the time your mother had a craving and got us to all try indian food so we went to that buffet and i kept talking about how it all looked like puke and i made puke noises over and over because it was funny? and then like 2 tables down some little fat kid threw up for real from all the fake horking noises?? Your mother will never admit it but that was probably the best birthday she ever had