Subj: I WANT MY DEPOSIT BACK

HELLO!!!!! i am currently embroiled in a dispute that puts my credibility and honor to the test!! I remembered that I am still in a war of words trying to get the deposit back from the landlord that your mother and I rented from over 30 years ago. He kept it from me because he said my damage to the property had to be repaired but he was just a doofus who looked at a home improvement horse in the mouth. My "damage" was actually a successful ecosystem built and designed by yours truly to skyrocket the value of the home in the eyes of the right owner. I did him a favor!!!!

You see, before your birth, there was a time when your mother and I thought we could not have kids. For 3 years no babies came out. It was fine with me but she wanted to birth bad so I brainstormed ways to make her feel better and on Valentine's Day i got her a whole bunch of cats to take care of. At first she was pretty mad but then she began to like some of the cats, and then eventually she liked all of the rest of the cats. (The second group of cats typically attacked the first group. They were vicious and sick pets)

Before long, the landlord came to visit and said "Hey You Can't Have 20 Cats In The House LIke This And They Can't All Keep Fighting All The Time" to which I said "Try Me" and built a cat ecosystem

Throughout the entire home there were these huge lofty ceilings and they really made a man feel at home!! So I cut circular openings in all the walls up near the ceiling and installed a large network of clear tubes that ran all through the house, in and out of every room. They were all interconnected and we rented a ladder and put the older and more vicious cats in there so they could walk around the house to see how nice cats are supposed to act. i also installed trap doors on the tubes in each of the rooms so if you see a good-looking cat and want to take it out to pet it, you can. But since the ceilings were so high you had to use a hook on the end of a long metal pole to open the door and the cat had to leap down into your arms. I don't remember how we got cats back up there 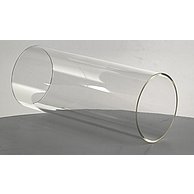 Now imagine if you will a world in which you can sit in your den and live the easy life!! You are enjoying a big book and having a sip of tea when you hear an old cat moaning from 3 rooms away, its groans reverberating through the plastic tube. It is walking slowly toward your location and you are about to get ready to enjoy the cat's company! So you get excited and put the book down and get up and grab the hook pole and just when you're about to unlatch the door so you can get the cat, some other undesirable cat shows up from the other direction! then you pound on the tube with the pole to make it take off, but then the good cat runs off too and now none of the cats are around. This was my folly a bunch of times before I decided on the "No Banging" rule. it was then forbidden for any guests to use the hook pole to bang on the tubes to make the cats be quiet including the landlord and I think this is what made him so mad

THE RICHEST MAN IN TOWN!!