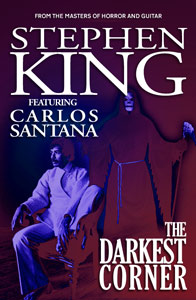 Los Angeles [AP]- Carlos Santana today announced the next in a series of increasingly unexpected duets: a book with the King (ho ho and how fitting this name is!) of horror himself: Stephen King.

"I AM BEYOND LOGIC OR REASON," said Santana today as he floated above a small crowd of reporters. "MY GRASP KNOWS NO LIMITS. MY REACH, NO BOUNDS."

Stephen King reported that he was also pleased with the resulting work.

"His name sort of looks like Satan if you squint," he said. "Satan is scary, right?"

Kennedy's voice rang out from the television as Daniel slipped out the door, leaving his single mother to eat dinner alone because they had a difficult relationship and he was mad at her. It was a small town, and it was some time in the Sixties (A guitar hits a few low notes then slides smoothly up the neck for a high note it holds for several seconds.) The night air was heavy with the nightmares of a childhood full of horror movies from the Sixties. It was a small town, and it was in the Sixties. (The guitar does some high noodly notes) The gutters were thick with the sludge left over from a day of men washing cars and raking leaves. In the darkness it looked like a foul river from hell. The town was in Maine, and it was the Sixties. (Wailing guitar leading into extended guitar solo)

"The experience and emotions tied to reading The Darkest Corner are like witnessing the rotting zombie corpse of a child while simultaneously having the opportunity to see her dance a funky Latin dance on Imax." - Pitchfork Media 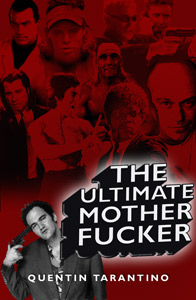 Screenwriter to Use Real Sentences This Time

Palo Alto [Israel NewsWire]- A certain most successful man suffering from acromegalia is moving on from the silver screen and into the areas of Barnes and Noble that don't serve coffee. And if you guessed Rondo Hatton, you're only half right. Quentin Tarantino turned the pre-production nightmare of Kill Bill 3: Kill Billest into a chance to bring his unique vision of people wearing sunglasses to a new format: the mass market paperback. When reached for comment, Quentin Tarantino stated something, but it could not be deciphered due to the absence of our staff Tourette's translator. The Ultimate Motherfucker will be available at all major booksellers April 23rd- just in time for Yom Haatzmaut!

Alright so this guy, like, he's waking into this bar, you know? And he's getting out of this fucking awesome sweet Cadillac, right? This motherfucking car is LAYED OUT, I mean shit! Ok, so this dude has like, fifteen guns on him, right? No, wait- twenty guns. This motherfucker is armed to the teeth like he's fucking Mannix and all that shit, ok? Right, so this guy is walking into this bar, you know? And he's walking really cool like he's in the fucking Rat Pack or some shit, okay? So this sweet fucking chick with the hottest feet, I mean the hottest feet - THESE FEET ARE FUCKING SPILLING OUT OF HER SHOES, MAN - she's checking out this dude, and she's like, "Please don't squeeze the Charmin," right. Okay, so this dude, he pulls all twenty fucking guns on her, and starts firing, alright? No, wait first he's all, "Fuck you Mr. Whipple," because that would be cool. Then the chick runs up the wall with her hot feet, okay?

"Quentin's choice of Wingdings will no doubt go down in font history." - Typographer Weekly