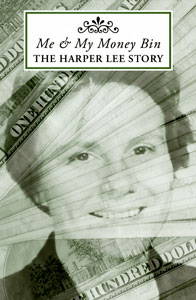 Monroeville, Alabama [Alabamblog]- Harper Lee set with world on fire with 1960's To Kill a Mockingbird, a touching childhood tale about racism and a giant retarded man who saves the day. In the nearly 50 years since this book's publication, however, eighth graders have had precious few Pulitzer Prize-winning novels forced on them. Lee, whose other works include 1985's To Kill a Mockingbird: Updated Copyright Information and 1990's Revised Dedication of To Kill a Mockingbird, has been unable to provide another groundbreaking novel that has a movie equivalent so you really don't have to read it- until now! Me and My Money Bin: The Harper Lee Story features Harper's own tips on how to live a highly profitable life by simply coasting off of one major success. Alabamblog is proud to bring you the introduction to Lee's long-awaited second book.

Hello, everyone; Harper Lee here. I am currently shouting this novel at my houseboy, since the act of typing is simply dreadful and would require me to lower my two golden chalices that are constantly full of mint julip. Christ, I guess you people want to know how to become as successful as me, Harper Lee. I have assembled a list. Rodrigo, do you know how numbers work? Ah, yes.

1. Write a Pulitzer prize-winning magnum opus with a unique moral such as "racism is bad" or "murder is wrong."

2. Befriend Truman Capote. Yes, he's dead now, but I didn't get to where I am today by NOT being the literary world's biggest fag-hag. There, I said it.

3. Hire a professional to count your royalty checks and honorary doctorates at least once a week.

Let me stress this as strongly as I can: make sure you hire a licensed contractor to install your money bin. You don't want to make the mistake I did and have one of your grandchildren choke to death on half-dollars.

What follows this introduction is a new edition of To Kill a Mockingbird with improved pronouns. I tire so. 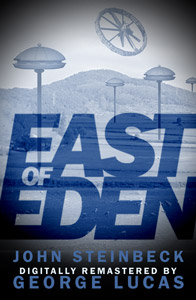 George Lucas Is A Prick

Adam Trask stood upon his new land and looked out at the fields and the mountains and the trees. Soon he would find water and began the flowing of life through the soil and out into the dry summer air. A giant alien lizard ambled by behind him as he surveyed his new world. The alien lizard trumpeted mightily. Lee, Adam's Chinese servant, came running up.

"Oh me so scared of giant rizard. It vely scaly!" he said.

Adam laughed. "I know that you actually can speak English perfectly and are the smartest character in the book. You can't fool me."

"Oh no!" said Lee. "Used to be smalt! Now hele just for the most of comedy so the kids they laugh! Lacial Steleotypes number 1 biggest funny thing!" Lee farted and three spaceships landed around them.

"This is going to be great. Everyone is going to love this and it will bring families together. People will rave about it." - George Lucas

"What was that, asshole? I can't hear you." - New York Times

"Nothing. It was nothing. Forget it." - George Lucas