The Adventures of a Retired Secret Agent: A Murder Mystery: Part 2

Previously on The Adventures of a Retired Secret Agent

The ex-villain Mr. Leopard (now a pathetic old man in cat underwear) has been found dead in a public bathroom. And our hero, an old ex-secret agent, suspects his ex-nemesis and current best friend Dr. Petrubia, who has an old grudge against Mr. Leopard over a decades old betrayal. The secret agent has shared his suspicions with his contact from the Secret Agency (who hasn't actually been in contact with the Secret Agency in years) and now has gone to confront Dr. Petrubia himself.


Or you can just read the first part yourself here: The Old Guy Who Used to Be a Secret Agent and Now Isn't: A Murder Mysery 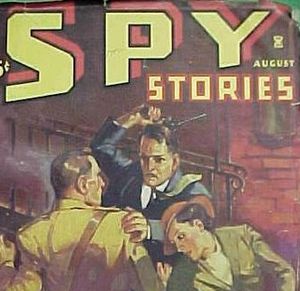 New York City, 1979. The faint sound of grit under my feet could only mean one thing. I was nearing Mr. Leopard's lair.

Mr. Leopard called anywhere he lived his lair, because the alliterative power of the name tended to intimidate his enemies before they even had a chance to see his muscles or his leopard print ExoBikini with its deadly KittyKlaw rockets. Later in life, the word "lair" would be used to describe a series of sequentially smaller and dingier houses before finally reaching its final resting place as the title of a low-ceilinged studio apartment in Reseda.

At the time, though, his lair was still impressive in its own right, a metal dome built into a huge free-standing rock, with carvings of his various exploits bracketing the arched entrance. The inside was all high-tech computers and cutting edge surveillance, with specially designed tiles to provide the perfect acoustic s for his battle roars.

My sunglasses had a rock-cutting laser embedded in their bridge, but all it did was chip away a few flakes before dying with a quiet electronic fart. So I had to go with Plan B which was to hop through the perfectly human-sized vent at the top of the dome, the shock of landing absorbed by my shoes and distributed throughout my suit where it was transformed into electricity and used to recharge my automatic tie straightener.

I raised my pistol, ready to for Mr. Leopard's pounce but all I heard was an irritated "Oh it's you." 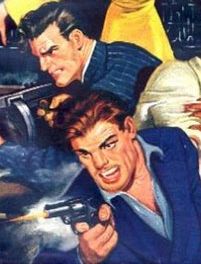 Dr. Petrubia stuck his head out from one of the computer cabinets where he had crawled inside after prying it open. He was holding tangled nests of wires in each hand that were sparking vigorously.

"Well, Mr. Leopard isn't here," he said. "Right now I'm searching through his system for any sign of where he has gone. Because believe me, I have some ludicrously elaborate and easily escapable torture methods I will be testing out on him until he pleads for mercy. Or escapes. Whichever comes first. "

Instead of Mr. Leopard I had my archest arch-nemesis of all time. Fair trade, I supposed.

"I know you're sore about him betraying you," I said, entering my battle karate stance, "but I'm about to make you sore because of my FIST."

Petrubia rolled his eyes and turned back to the computer.

Chapter 6: In Which a Battle Karate Stance is Escalated

Petrubia groaned and his eyes slowly opened. I entered into as close to my battle karate stance as my bad back would allow me anymore. 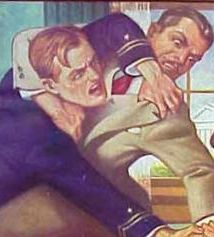 "What the hell are you doing here this late?" he said. "Oh God, wait...oh no look we have a great friendship and I wouldn't want to ruin it, and besides, I don't think of you that way. Well, once when you were thrown into my diabolic water slide of Extreme Pain and you were in that skimpy white Speedo and glistening all over, your mouth forming a tight 'oh' of agony as your muscles pulsated in your chest, that one time I thought of you that way, but generally no. No no no. Definitely not. No."

That's not what I meant at all. Definitely not. No. So I yanked him out of bed (well, gamely tugged at his sleeve with all my strength until he obliged and go up) and pinned him against the wall.

"I remember now, all those years ago, when I beat the shit out of you in Mr. Leopard's Lair." 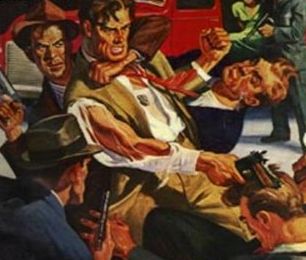 "You were planning on going after him. For revenge. For vengeance. For vengeful revenge."

"Well, yeah, back then. Is this because I said I was glad he was dead? Jesus, that doesn't mean I did it. This is just like the time you thought I sent a gigantic robotic shoe to crush the president*"

This was nothing like that. I escalated my karate stance. My hip wrenched horribly and my shirt, too small, popped out of my suit pants and dangled ludicrasly half-tucked. But I looked threatening, if you ignored my wince, if you ignored my waver. Petrubia had killed him. I had trusted him, befriended him, and

"He didn't do it." Someone speaking from the window. "And thank you. You reminded me that Petrubia too must die."

We both stared into the darkness, dumbstruck. The man who spoke came through the window, walked towards the light. I found my voice.

And my contact from the Secret Agency stepped into full view, a gun trained on the two of us. The other half of my shirted flopped out.

* See A Special Two-Part Event: "The Secret Agent Who Is Past His Prime" Part 1 and Part 2