Tips for the Recently Single 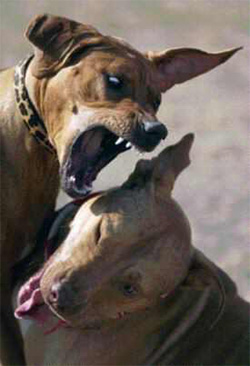 Looks like this relationship has gone...to the dogs!If you're reading this, it's more than likely that you and your significant other recently called it quits. Actually, it's even more likelier that you were dumped like a sack of comedy website-reading-bricks--also, to add to this colorful analogy, your size and shape may indeed be very bag-of-brick-like. And you're probably a man, because no self-respecting woman would be alone on the Internet at this time of the day. If you do happen to be a woman with no self-respect, please e-mail me; you could be the sort of gal we need over here at Team BobServo in what I like to call "The Receiving Department." I have quite a bit of hot, steaming chowder that needs to be "deposited," if you catch my drift. I'm not kidding. I won a lawsuit with Red Lobster and they paid me off in clam bisque.

But to get back on-topic, I'm guessing that you're a sad, lonely sack of goon, that, from what my research tells me, can't stop shaking hands with the bishop, or as we like to call it in the biz, "beating off." Well sir, it's time to dry those eyes and clean your hand of choice on the nearest throw pillow or hanging curtain, because my advice is going to cheer up the living fuck out of you, despite the difficulty you may have parsing all of those prepositions!

Tip #1: You Are Literally Unfuckable 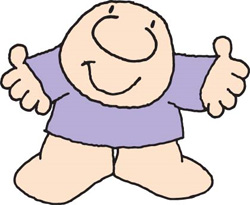 Yeah, hi. This is you.Just because you want to have sex with every woman you see does not mean the feeling is mutual. Such is man's folly, and the belief system at the root of most sexual assault cases. Now, most men assume that any woman who acknowledges them outside of the standard post-sneeze response is ready and willing to at least make out immediately--and thankfully, the rapey part of our subconscious usually remains smothered by the pillow of doubt. But for the recently single, it may be difficult to hide these feelings of extreme vulnerability and the desire to have a handful of ass. For the sake of your own dignity, it's important to remember that until you stop being recently single, the only people willing to fuck you are those hidden behind Craig's List abbreviations so unintelligible that you'll need the Rosetta Stone to figure out just what they plan on doing with your penis.

And remember, that cute barista at Starbucks who you awkwardly chatted with about muffins for 5 seconds has someone walk her to her car every night because she's afraid her body parts will be found in unmarked Tupperware containers in your refrigerator weeks later. This is what she thinks of you. The only reason she smiles so much is because she has job security.

Tip #2: Your Friends Have Single Friends They Don't Want You Touching 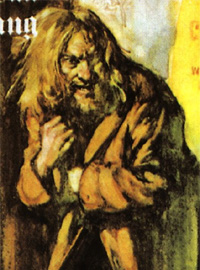 You try making this look like it's worth a free meal.With the insurmountable stress of meeting new people on your hands, it's not uncommon to realize that there may be other singles at the places your friends disappear to every day, especially if they're currently undergoing methadone treatment. Yet, in all of your time being recently single, why has no one ever intervened in the ongoing mummification of your genitals by introducing you to a friend from work? The sad truth is that your friends can barely tolerate your desperation as-is, and they haven't even seen the true primal misery you so desperately hide from them. How are they supposed to feel when a new channel into your unguarded wretchedness is open to them during the course of a normal work day? Not only will they feel bad about affiliating themselves with such a sad sack of needy garbage, they'll also get a first-class tour of all the creepy baggage you normally try to suppress with alcohol and loud, relentless sobbing.

Really, it's better for you and the people you know that you don't attempt to fondle anyone they know. This way it's easier to pretend that no one is aware of all the weird shit that you're into! But really, what you like to do with that oversized "flashlight" you hide so poorly in your top dresser drawer is no mystery.