Hello and welcome, ladies and gentlemen. If you could just take your seats, there, in the back, we can get started. That's great. I've called you all here for this emergency meeting because our beloved industry is facing a silent crisis. Oh sure, it's easy enough to ignore the signs. There's no one problem that's so large that it would attract attention. No, rather there are many problems growing in the shadows, but together they threaten to tear us apart. How much longer can we wait to take action? How many able-bodied, or artificially able-bodied young men and women must lose their jobs? If we don't address these issues now, then my friends, there may not be a porn industry to wake up to tomorrow.

There are no naughty parts in this picture. Back away from your screen.

Now, the porn scene isn't completely bleak. There is definitely some good news, and I'll get that out of the way right now. We're making the transition to DVD with remarkable smoothness. The concurrent release of the biggest titles on video and DVD has proven to be very successful, as have the DVD-only releases, such as "I Play with Jenna," and "I Play with Shay." Really, the whole I Play with... series has been selling quite well. The facsimile of interactivity those titles provide has done wonders to keep lonely men from having to acknowledge the sad truth that the only person they're actually playing with is themselves. In addition, a number of the good old companies have continued to do very well. Ed & Randy, we've seen your Dirty Debutantes series evolve into a couple hundred volumes of More Dirty Debutantes, followed by volume after volume of More Dirty Debutantes 2000 and 2002. The new Dirtier Debutantes line is off to a fantastic start. We've seen just one terrific success after another from the whole women-writhing-in-front-of-a-camera genre in the last quarter. Congratulations are certainly in order to everyone involved with those projects.

However, the sad truth of the matter is that those successes may be the result of a frightening trend. Now, I'm sure I speak for all of us when I say that I certainly wouldn't wish for those who are doing well to experience any sort of negative change in their good fortune. I want that to be understood. We are not here to fight one another, but to find a way for the entire industry to support itself. We're here to improve cooperation, like two guys double-teaming a girl. We all need to help each other through this current phase that will hopefully pass quickly. I can see many of you nodding your heads already. You know what I'm talking about. There's not a man, woman, or freaky man-woman here who can deny this problem, but it is certainly an easy one to overlook. I'll put it simply: men are being phased out of porno. Or at least, out of the acting end of it.

As you all know, I've worked for several years now in a video store with an immense adult video library. That is why you elected me your spokesman, because, like doing a girl from behind in a room full of mirrors, I can see the industry from both sides. I have seen what is being produced and I have seen what is being purchased. Let me tell you, it's alarming. In a box of fifty movies, maybe three or four of them will ever feature any guy-on-girl, one-on-one action. The rest of the movies are all one guy and multiple girls. It's indulging a male fantasy, to be true, but those tapes primarily focus on the girls who make out with one another while the guy and his partners are relegated to the background. We're seeing tapes produced these days with more than a dozen women for every man, if there is even a man at all. More and more frequently, there is not.

No market has seen more growth in the past year than the all-girl genre. Two girls, three girls, twenty girls - and the numbers keep going. Titles like "The Violation of Violet Blue: a Lesbian Gang Bang" and the rest of that series have shown viewers that even nonconsensual mass rape is possible without a single penis in sight. The No Dicks Allowed series is fast approaching its hundredth installment and shows no sign of slowing. More frightening still, the day of the one-woman cast porno is already upon us. With DVD technology making interactivity a near-reality, all a producer needs to make a movie is one woman who is willing to moan for a couple hours. 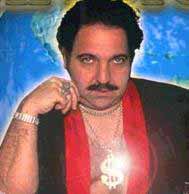 Where are you, you king among men?

The old guard of female porn stars is fading. Or at least, the parts of them that are organic are fading. But for every Jill Kelly who gives up acting in favor of producing, there are a hundred more eager young synthetic women waiting to take her place. And the big names who remain, your Jenna Jameson, your Shay Sweet, your Tera Patrick, they each literally go years between boy-girl sex scenes. Meanwhile, how many male porn stars can you name? Honest to God stars? Zero. What about Rocco, I can hear some of you shout. Rocco isn't as young as he was a few months ago. He's ravished Prague a few times too many. He's taking more producing jobs these days. He'll be gone entirely in a couple years. He's only got two, maybe three hundred more pictures in him, tops. Where is the next John Holmes? Where is the next Ron Jeremy? Big Ron himself has left the business to enjoy a very successful career in cameos. Just as a note, he did get in touch with me a few hours ago to say that he wanted to be here tonight, but that he's busy filming a new 1-800-COLLECT commercial with Carrot Top. Of course, we wish him all the best. 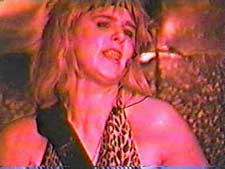 If the industry is going to save itself, the production companies will have to learn to work together. After all, we didn't get into this business to make money. Maybe I'm wrong, but I think we got into this business because we love what we do. Whether it's acting, camerawork, lighting, sound, directing, producing, or any other job on those sets, you're helping tell a story. Granted, that story may be brief and really only used as a introduction to the hour and a half of sphincter-ripping sex, but nonetheless, its our job to help people forget about their problems for a few hours. We bring husbands and wives, boyfriends and girlfriends closer together. We give lonely people something real, true, and alive to spank to. We provide the entertainment at cheap bachelor parties. We teach adolescent kids the ways of love, sparing them years of awkward fumblings. If any of you are in this business for any reason other than the love of what you do, I ask you to leave quietly, and leave now. 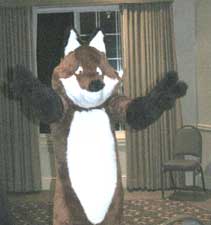 This is also a problem.

In this dark hour, everyone needs to give one hundred and ten percent of their effort. That goes for absolutely everybody in the business, from the boom mic operators to the guys who come up with the titles. I bring up the latter on purpose. There has been some slacking off lately. I realize it's tough to come up with new erotic titles day after day, but you can't let your standards drop. For instance, while we certainly don't want anyone copying anyone else's title word for word, I think we should put an end to stealing titles and purposely misspelling words. No more "Naughty College Sluhtz" or "Hot Seks in Bologna." Likewise, all of you title writers who specialize in parody titles, it's time to step it up a notch. It's one thing to take the name of a movie or television show and change the wording slightly so that it sounds similar, but is clearly dirty. For instance, "Baredevil" is fine. However, I noticed something quite bothersome the other day. Apparently one of you thought it would be acceptable to steal a joke directly from Matt Groening's Futurama and entitle a porno, "Sexlexia: The Sexy Learning Disability." Wrong, wrong, wrong!

Now is the time to unite. It's not too late to save the industry that we've put our blood, sweat, tears, and a number of other bodily fluids into. We have to put aside our differences, our competitions, our petty personal desires and start thinking about all of porndom. My friends, there is a bright future out there for smut, but to achieve it we must work together, we must strive together, we must survive together, and most of all, we must come together.