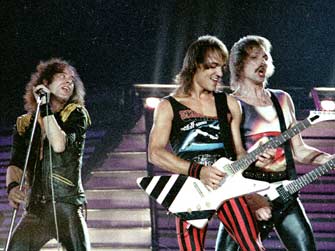 Throughout the last week I have watched the hurricane aftermath coverage near nonstop, frozen like a block of stone before the Medusa-like media. During this time something happened to me that has not happened in ages: I was genuinely shocked, horrified, and revolted. I've been pretty apathetic about a lot of things, and it's hard not to be when you're surrounded by a world full of suffering and serious preventable problems and everyone is too busy fixating on the latest missing white girl to notice. But seeing the breakdown of human civilization in a tiny little box, well, that's something you truly don't see every day. Watching a slice of the American dream crumbing into chaos was riveting, if only for the fact it made such perfect sense. Human civilization for the most part works pretty well, but it doesn't take much to turn it into a nightmare. It could happen anywhere, given the right circumstances.

Hearing stories about the conditions in the Superdome, the Convention Center and so on, with reports of rapes, beatings, and murders (this in addition to the already unfathomable human suffering) made me genuinely sick. How the hell was this allowed to happen in our country? Why the hell weren't thousands of rescue workers and security personnel there the exact moment the storm passed through? They arranged for some support ahead of time, but it seems like they sat there while the local police and rescue workers were left on their own to fish people out of the water. Only when the chaos grew to consume them did we see additional support come in. What were FEMA and the National Guard doing all that time? Why weren't they out there from the start distributing aid and Flintstone's Vitamins so that people didn't need to raid stores? Why weren't they showing a strong presence to keep people from acting out their Grand Theft Auto masturbatory fantasies? I know you can't stop all human-made chaos, but the majority of it should have been contained. I don't think there was any shortage of effort to help, but there seemed to be zero management pulling all these assets together. If only New Orleans had Batman. He helped pull Gotham City out of a similar situation.

As is, FEMA's chief waited five hours after the storm made landfall to basically ask that 1,000 workers be dispatched to the area, giving them two days to get there. There was lag in a number of areas of response, communication errors and failures, misdirection, and general disorder. FEMA not only lacks proper funding, it apparently doesn't have much ambition (at least in terms of leadership) to do "a really bitchin' job." They seemed more concerned with projecting the image of quality service than they did about providing quality service. FEMA chief Michael Brown's impressive past work as a commissioner for a "horse association" isn't exactly reassuring. I can't imagine what dire horse-related disasters gave him the qualifications necessary to run the Federal Emergency Management Agency. Dear God, I hope Seabiscuit is okay. Today's wimpy FEMA is a far cry from yesterday's sinister secret government, with the power to take over the world in the event of an alien-triggered crisis. Responsibility for this goes beyond FEMA, to those that crippled the agency as well.

I keep hearing that authorities expected a hurricane, but were shocked by a second disaster – that being the flooding. They got a hurricane that leveled parts of Alabama and Mississippi and they did almost nothing for days. As far as the flooding, how the hell could you not expect it when the predictions for Katrina Sunday night and even earlier were "NEW ORLEANS WILL BE DESTROYED AND SUBMERGED IN A SEA OF TOXIC GUMBO RIDDLED WITH CORPSES AND MYTHICAL CAJUN LEVIATHANS"? People have been anticipating the levees failing for years, so the lack of a plan for dealing with the disaster seems criminally stupid. Not just for the human consequences, but for the economic consequences that ripple throughout the country and world.

I bet the terrorists are really kicking themselves in the leg for missing out on the opportunity of a lifetime. An attack on the levees would have done colossal damage, and our Department of Homeland Security/FEMA would have failed miserably to clean up the mess. A terrorist plot, assuming unstopped, would have come without warning, too. This hurricane was kind enough to give a couple days of "heads up!" time to clear a lot of people out and ready emergency efforts. Time that, in retrospect, could have been used far more efficiently. At the very least, early bird looters could have gotten a head start instead of waiting until after the floods. 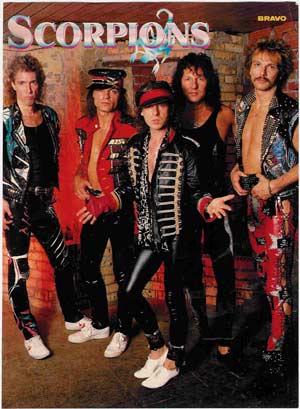 I sincerely hope that this marks a turning point in American history. I saw a lot of encouraging signs during the ordeal, such as some members of the media actually growing a spine and questioning authority – something they should be doing at every turn. It was almost surreal seeing them speak up. There were still the usual theatrics, like Geraldo Rivera running around tackling old women and throwing babies like projectiles at looters, but there was some genuinely decent reporting and interviewing going on. That coupled with the overwhelming disgust of survivors and regular people could signal some positive changes in this country. That short little war with Iraq we started years ago that was supposed to last a couple months is still going with no signs of ending, and while we're there trying to get an entire country on its feet, we can't even keep a chunk of our own country from devolving into the third world. We really can't do anything right on a national scale, it seems. I can't help but think that necessitates serious changes. Not "let's trade a dumb republican for an emotionless android democrat" changes, but real ones.

I don't agree with those that say "now is not the time to place blame." Questioning authority and criticizing the government is not un-American or counter-productive. A democratic government depends on people being actively involved, not shutting up and getting out of the way. When we fail to hold leaders accountable by not questioning them and putting them to the fire, we are "failing America." Presidents and government officials are not infallible, nor are they driven by divine mandate. Question the holy hell out of them at every turn. If they can't handle that or provide reasonable, honest answers, then they don't deserve to be there and it's our job to keep them out. They should know what they're doing and be able to explain themselves in a satisfactory manner, and if not, why are they there? We want government, not a dazzling magic show that keeps us guessing at every turn.

I am skeptical that change will occur, as it's quite clear to me that many people still, even after this tragedy, lack any sort of understanding of human suffering or the challenges presented by poverty. Former First Lady Barbara Bush, for example...

And so many of the people in the arena here, you know, were underprivileged anyway, so this--this (she chuckles slightly) is working very well for them.

I fail to see how this is working out well for them, at least not so soon. Maybe a year from now some of them will be better off, but I doubt there will be much upward mobility coming out of this destruction. To think that survivors of one of the most atrocious events in American history are now better off because they get to live in a different stadium is horse-marryingly absurd. I suppose it's better in that it has less rapes, murders, mutilations, and beatings than the Superdome, but how does losing your home, surviving pure hell, then being stuffed into a cavernous stadium with zero privacy "work well" for you? "Oh I like living in this stadium so much better because there aren't puddles of piss and piles of feces. The lack of freshly rotting corpses is also positively delightful. Kudos to the decorating team."

It almost makes me think we should just dump all of the politicians and obnoxious public figures in the center of New Orleans as it is now, without their giant entourages. Those that survive and escape the marauding junky bandits, crazed gangs, and Geraldo Rivera's army of post-apocalyptic raiders can continue to bless us with insights into the human condition, those that don't will die with a greater understanding of human misery. Something they apparently know very little about. But then again, that kind of thinking doesn't really solve problems in the long run, though it sure would be entertaining. I figure Barbara Bush would do pretty well inside Thunderdome.

I'm not trying to belittle the good work of anybody that's doing legitimate good, as a lot of heroes have emerged from this tragedy. But it's evident to anybody that the vast majority of this crisis could have been averted with prior planning. No, you can't plan for everything, but an area that gets hit with hurricanes fairly often seems very likely to get hit very hard every now and then. The fact that it's below sea level and surrounded by water adds to the urgency of the problem. Banking on a disaster not happening is pretty reckless. I don't plan to wreck my car, but I still have insurance. I don't even like New Orleans, but I recognize that it is a major U.S. city as well as an important shipping port and economic pillar. Ideally, you want to make sure those pillars don't come crashing down, destabilizing the whole structure. Yes, even if that does mean spending extra money on flood protection schemes or coming up with plans to deal with the damage as it happens. Even if you can't stop everything, at the very least you could have saved a lot of lives and bought more time to deal with the problems.

Obviously nothing can be done to undo the damage now, but at the very least a lot of people in government need to be smacked upside the head. Human error can't be prevented all the time, but that doesn't mean you let it slide, either. Especially when thousands are dead as a result, and thousands more suffered horribly. The problem was known, nothing was done, and holy crap, destruction ensued.

I have vomited up some words about things in yonder ole daily dirt.